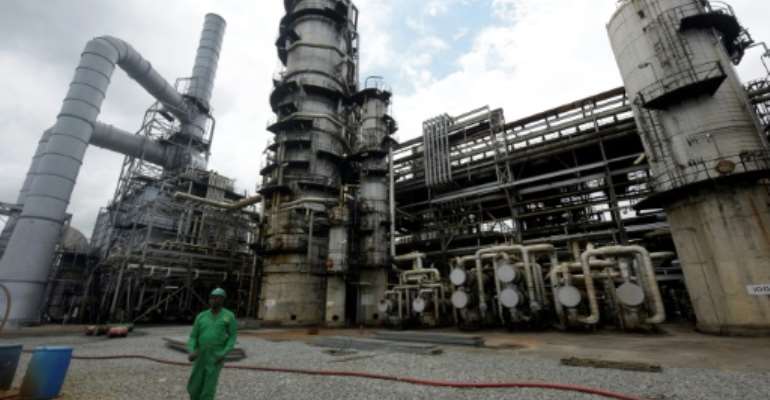 Nigerian officials on Monday said the government would cut its budget and ramp up oil production after a collapse in crude prices sparked by the global coronavirus outbreak.

Africa's largest producer is facing major revenue shortfalls after oil prices plummeted far below its budgeted level of $57 a barrel following a bust-up between key producers Saudi Arabia and Russia.

President Muhammadu Buhari convened his top economic team and ordered them to come up with a report by Wednesday on how to tackle the fallout from the coronavirus crisis, Finance Minister Zainab Ahmed told reporters.

"It is very clear that we will have to revisit the crude oil benchmark price that we have of $57 per barrel," she said.

"What the impact will be of that is that there will be a reduction in revenues in the budget and it will mean cutting the size of the budget."

Oil Minister Timipre Sylva said that in the short term Nigeria would look to ratchet up its oil output to over 2 million barrels per day to make up some of the drop in price.

"Obviously we will be increasing our production output since it is now the trend," he said, without giving details on the target.

The minister insisted that Nigeria, a member of oil cartel OPEC, was still hoping for behemoths Russia and Saudi Arabia to start talking again once the impact of the price slump sinks in.

"We believe that in the coming days when all of us would have begun to see the effect of the reduction of prices, (OPEC and non-OPEC members) might need to meet again and reconsider our positions," he said.

Before the latest collapse in oil prices, Nigeria was already struggling to boost growth after emerging in 2017 from its worst recession in decades caused by the last major crude slump.

Pledges by the authorities in Africa's most populous nation -- which relies on oil for some 90 percent of its foreign exchange earnings -- to diversify the economy have failed to break the reliance on crude.

Last month saw the International Monetary Fund lower its 2020 growth forecast for Nigeria to 2 percent on the back of lower oil prices.