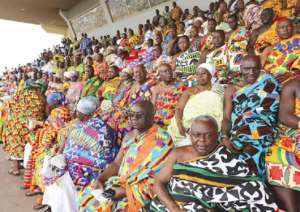 Indeed, Kumasi gave global meaning to the cloth as a fabric for important events as hundreds of people turned up in rich colourful kente clothes to witness the event.

Led by the Asantehene, Otumfuo Osei Tutu II, his wife, Lady Julia; the First Lady, Mrs Rebecca Akufo-Addo; the wife of the Vice-President, Mrs Samira Bawumia, and some female Ministers of State, they showed up in their beautifully sewn kente clothes.

The Special Guest of Honour of the celebration, the Prime Minister of Trinidad and Tobago, Dr Christopher Keith Rowley, and his wife, Sharon Rowley, were not left out. 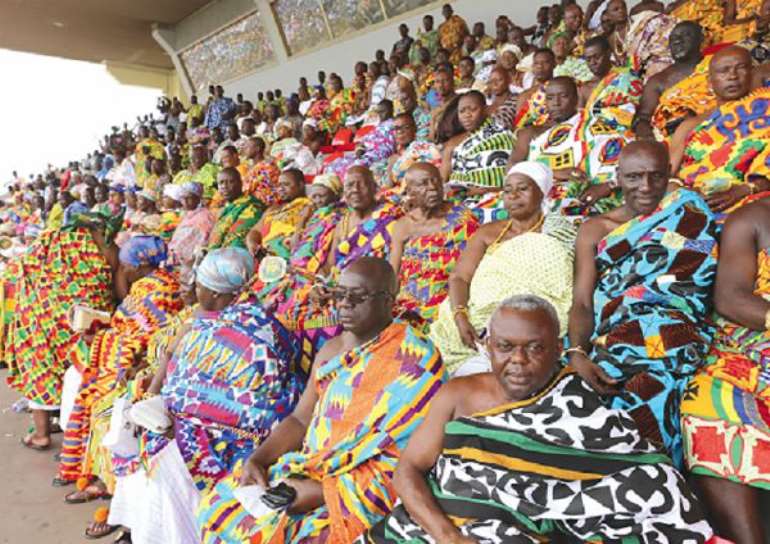 For President Nana Addo Dankwa Akufo-Addo, he chose to keep it simple with his immaculate white tunic made with a touch of kente strips. The other dignitaries were more elaborate with their choice, opting for the more colourful yarns and designs that reflected the mood.

Many dignitaries, including chiefs, were also spotted in different colours of kente designs.

Some schoolchildren and students were also clad in the traditional costume ‘dansenkran’ and complemented it with beads.

Ashanti is one of the homes of kente which has assumed a national identify, it was thus not surprising that it dominated the ceremony.

The Volta and Northern regions are the other homes of kente.

The only elected Assemblywoman of the Kumasi Metropolitan Assembly, Nana Serwaa Asibuo, said it was to signify the importance of the event.

“We wear kente for festive and celebrative occasions and I think the Independence Day is an important celebration and I had to look my best.

“With Kumasi having the privelege of hosting the event for the first time in the history of the celebrations, I wanted to have a memorable celebration as I don’t know if I’d be fortunate to be part of a similar event in the future,” the Assembly Member of the Amakwatia Electoral Area told the Daily Graphic.

Ex-I.Coast president Gbagbo warns of 'disaster' in upcoming ...
31 minutes ago