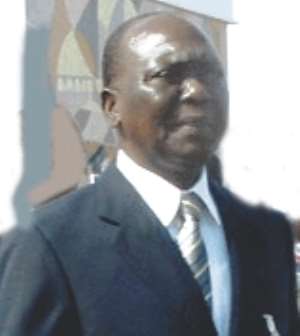 The initial handicap that the government faced from the onset of its ill advised adventure was a lack of funds. The illegally ousted management team of Ghana International Airline(GIA) were the Board of Directors(BOD) mandated signatories to the company's bank account at Ghana International Bank(GIB). Try us the government did, GIB have rightly refused to allow new signatories to the companies accounts without a new BOD mandate.

The BOD members, including the government appointees, have in solidarity with the ousted management refused to attend meetings, thereby making it impossible to achieve the quorum needed to push through a new mandate to amend the bank account signatories.

Faced with this lack of access to GIA's funds inflows, Ghana government was forced to initially pump $US2.6m to the company in the week commencing 10th April; however $US1.6m of this amount was immediately swallowed up by an existing overdraft at Merchant Bank leaving only $1m which was used up in the same week.

The government then forwarded another $2.4m to the Azu Mate led management of GIA. This amount was promptly used up and as at Friday 5th May, GIA had run up an overdraft of one billion cedis at Merchant Bank on their suspense account. The money situation has got so terrible that all their suppliers are dealing with them on a cash only basis, thereby tightening the screw on the new management even further.

Interestingly enough, one of the accusations that were launched against the ousted management was the fact that they had run up a debt of $US5m in 19 months.

This record has been easily surpassed by the new management, and as things stand should they still be in charge in 12 months time, they would have accrued a debt of $100m, which would just be $30m shy of the $130m debt Ghana Airways run up in 40years of its existence

The minority shareholder, GIA-USA, LLC contacted all their UK travel agents last week warning them to desist from dealing with the new management of GIA. The America shareholders go on to state that

''It has come to our attention that Your Travel Agency may be transacting business with the illegitimate group masquerading as the management of the airline. This letter is to inform you that if funds for tickets sold on Ghana International Airlines Limited flights are not deposited into the account of the airline at:
Ghana International Bank plc, 69 Cheapside, London EC2P 2BB, SWIFT Code: ******, for the account of: Ghana International Airlines Limited, U.S. Dollar account:*******, then those tickets will not be honored by the airline. Additionally, GIA-USA will consider any business done with the illegal management group purporting to represent the airline as participation in the ongoing conspiracy to defraud GIA-USA, LLC of its legal rights. Govern yourselves accordingly''

The interesting thing about these loans from the Ghana government to GIA is that the parliamentary finance committee has not as yet authorized the $20m loan approved by parliament for the company. So the 64 million dollar question is where did the government get the $5m war chest from?

While this total waste of funds has arisen through the "hot headedness" of Chief of Staff, Kwadwo Mpianin and his legal adviser Dan Agyeman, one cannot fail to question the role of government consultant Albert Vitali and BOD chairman and acting GIA CEO Azu Mate.

He arrived in Ghana initially as part of the management team of the airline, but resigned in disgrace in January 2006 after he was given notice to quit due to his involvement in several alleged shady deals including:

I hope my little information will give Inspector Amoah at CID HQ something worthwhile to investigate rather than spend taxpayer's precious money and time looking for three lost air-conditioning units and missing GIA staff uniforms.

This is how Capt. Pat Major another expatriate who was appointed as head of flight operations at GIA by Vitali despite strong opposition from Ghanaian pilot Captain Fosu described Vitali in his resignation letter:

"I never imagined Albert would behave as he did. His disregard for others well being, the cruel language he often used, his tantrums and rages, his denial of us.

The way he resorted to contemptible half truths and seething need to in fight discord and assign blame while avoiding taking firm action to produce the required results. Albert seemed immersed in a pattern of behavior that violated the most basic values and believe. He seems to be a man in a great deal of pain. I hope he finds the help he needs''

The hemorrhaging of the airline has so far been supervised by BOD chairman Azu Mate, who has been acting CEO since the takeover and whose only airline experience has been as Accra country manager for KLM, and Phil Mwakitawa, the nervous and ___ Kenyan who is more adept at chewing his nails than running an airline.

The airline is loosing around $90,000 daily, and as things stands, it is not likely that it will survive the summer peak season.

For those doubting Thomases, the calculations are simple. Assuming the airline is flying 50 passengers per flight at $400 plus taxes, the revenue from fares alone is $20,000, deduct fuel cost of $25,000 per flight and you realize that before you get into other overheads like landing fees, staffing cost, etc the airline is in serious trouble.

So what steps have the Azu, Vitali, Mwakitawa management taken to redress the situation?

Clearly out of their depth, my investigations have revealed that apart from firing the whole marketing department of the airline, a host of flight attendants, and possibly the finance department, as well as the sudden knee jerk decision to reduce the baggage allowance on the aircraft from 40kg to 32kg. A decision which was promptly reversed within seven days, nothing strategic has been done to halt the decline.

Surprisingly, the agenda for the airlines next BOD meeting which is scheduled for Wednesday 10th May at the office of Chairman Azu Mate reads as follows:
i. To consider 2006/07 budget
ii. To fix the remuneration of the acting CEO
iii. To discuss the payment of the outstanding remunerations to members of the BOD
iv. To discuss the current state of affairs
v. To discuss redundancies
vi. AOB

There appears very little relief for the embattled Azu led management. Forward bookings available to me indicate that for the week commencing 14th May, the passenger numbers for the whole week will still not be enough to fill the leased Boeing 757 for even one flight. The only good news on the horizon for GIA is that their original two class leased aircraft returns on 15th May with a capacity of 160 to replace the substitute one class 210 capacity aircraft it has been flying for the past month, thereby decreasing their seating capacity.

The future looks very bleak for GIA unless a resolution to the current impasse is reached very soon, the prospect of a repeat of the scenes at Kotoka Airport during August 2004 when thousands of stranded Ghana Airways passengers barricaded staff when the airline folded is very likely, the only difference being luckily, this time around the stranded passengers will not be in their thousands, but in their low hundreds.

The combination of the above factors has left Mr Mpianin with little else than to swallow his humble pie and attempt to rely on section 19 of the shareholders agreement with GIA- USA to redress the impasse through an out of court settlement. Something I find strange considering the force and finality of his initial macho actions. Perhaps the thought of one day being accused of causing financial loss to the state is something that might be playing on the mind of the chief of staff now.