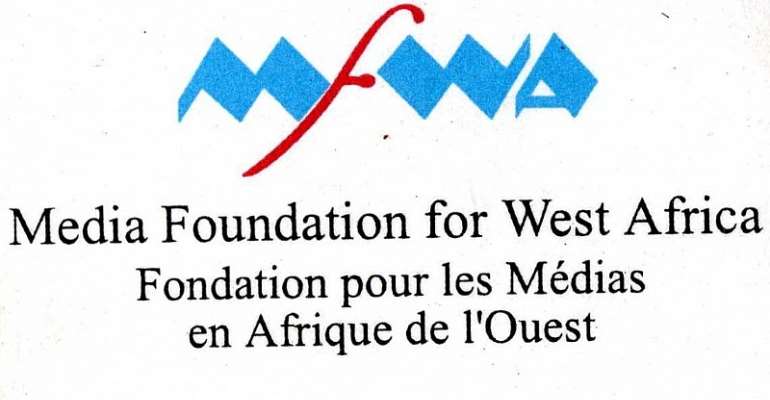 It has been a month since the government of Ghana affirmed that the newly passed RTI is operational. Adizatu Moro Maiga of the Media Foundation for West Africa's Media and Good Governance programme raises red flags on deficits in the implementation and functionality of the RTI law.

On March 25, 2019, Parliament passed the monumental Right To Information (RTI) law in Ghana. In the space of one month, the President assented to it, making Ghana the tenth in West Africa to have passed the law. Thereafter, the Government delayed its implementation to January 2020, so that it could address all infrastructural and financial requirements necessary to make the law functional. It is now February 2020, and one is left to wonder whether the enthusiasm and political will that characterised the RTI law's passage is still being maintained by the government. Against this backdrop, this article examines five critical issues that need to be addressed if the RTI law is to be functional in Ghana. Drawing from the examination of these issues, five important recommendations are proffered for the attentions of the government.

Training of Information Officers and other stakeholders

On Sunday, February 9, 2020, Ghana's Minister of Information, Kojo Oppong Nkrumah, informed journalists during a press conference in Kumasi that his Ministry, being the lead implementer of the RTI law in Ghana, has put in measures to kick-start the operationalization of the RTI law. According to the Minister, he has given directives to all chief directors at the various public institutions to appoint information officers that will be responsible for receiving and processing information applications. He also said that his outfit has shared with the various public institutions an information request form that could be used to request for information under the RTI law.

The Minister's directives are laudable as Information Officers are key focal point that serves as interface between the citizens requesting for information and the relevant Ministries, Departments and Agencies of government require to provide timely necessary information on government's businesses to the population. It is therefore important for the MDAs to comply with the Minister's directive with the appointment of Information Officers in earnest without further delay.

While these steps by the Minister are commendable, they do not automatically translate to the seamless functionality of the RTI law. For the RTI law to be effective and functional, particularly as it relates to the interface between MDAs and citizens, there ought to be adequate capacity building and training of Information Officers and other relevant stakeholders. Undoubtedly, information officers are central contacts on the RTI architecture. Beyond receiving and processing information requests and applications, information officers also serve as resources which other officials can lean on when they seek clarifications regarding the RTI law. Thus, the capacity building and training should include other technical officials such as those at records and the various departments to understand and appreciate the RTI processes and procedural encumbrances as well as the relevance of information disclosure for good governance and accountability in service delivery.

However, despite the critical role played by Information Officers and other relevant stakeholders in the information disclosure ecosystem, they have still not been equipped with adequate capacity to take up the work. Up until now, they have not received the requisite orientation and training that they ought to have had before assuming their role as information officers and other technical staff on the RTI operationalization. It is unfortunate that after several months following the passage of the RTI law in Ghana, critical issues such as orienting and training information officers and other key stakeholders on the Access to Information law is still an issue of discussion.

Nationwide Public Education and Sensitization on the RTI Law

An informed citizenry, is an empowered one. The RTI law gives citizens the power to know about governance processes and contribute to and influence government plans, actions, policy directions and interventions. The only way citizens can take part in this process effectively is when they are educated or sensitized on the RTI law. The public education and sensitization campaign on the RTI law will advance the understanding of the public and equip them with the necessary knowledge on how to exercise their rights contemplated under the RTI law. This includes their rights and obligations under the law, the processes to request information, the duration for information processing, information exemptions and the steps to take when information is denied among others. But so far there has not been any nationwide educational campaign on the RTI law. The roadmap designed for the implementation is of the RTI law is now outdated. There is no communication on the government's next line of action. It is also not clear what strategy government has for the nationwide education and whether there are specific tailor-made programmes to cater for the disadvantaged and minority in society.

Despite the importance of keeping a good records system in institutions, most public offices are not equipped to do so. They are not well-resourced to store, manage and easily retrieve information requested by the public. A challenge that has become the norm over the years and has been promoting corrupt practices such as payment of bribes to expedite information disclosure and to issue administrative documents. The RTI law, if it is to be functional, will largely depend on the proactiveness of public institutions to have good and efficient record management systems. Setting up the RTI Secretariat

Funding is perhaps the most important issue to be addressed in order to ensure proper functioning of the RTI law in Ghana. Indeed without the necessary financial resources, the Ministry of Information, the other public institutions as well as the general public will not operationalize, utilize and access, respectively, the RTI law. Training of information officers and other stakeholders, establishment of the RTI Commission, resourcing and constituting the Commission, making available the functional record management system as well as rolling out the educational campaigns cannot be achieved if the funding is not released for the functionality of the RTI law.

Against the foregoing, and in order to ensure that the Government of Ghana is still mindful of the RTI law's efficacy, the following recommendations need to be taken into consideration: