Global Outbreak Of Infectious Diseases; A Signal For An Ed-Tech Take Off? 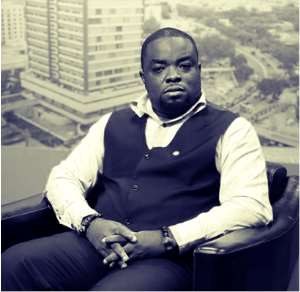 Introduction
Education has a strategic role it plays in the global system. In an era when the whole world is aiming at achieving quality and equitable education for all by the year 2030 (SDG4), barriers to accessing all forms of education at all levels should be eliminated. There is a vast level of differences in the quality of education across countries; even within the same country, the disparities in the quality of education between rural and urban centres is one major reason for internal migration.

This explains the frequent movement of students from developing countries to the developed world to pursue higher education. In some countries like Ghana, there are deliberate policies to sponsor a certain category of students to study in other countries to enable the transfer of knowledge across regions.

An Era of International Education
International education has grown to be an avenue for a new strategic direction in comprehensive education which leads to the broadening of perspectives, building diverse connections and encouraging innovation and ideas across borders. The primary goal of international education is to broaden knowledge and cultural capital, learning about places and cultures and gaining intercultural skills in the process.

Global outbreak of Infectious Diseases
This effort by countries to attract international students is highly threatened by the continuous global outbreak of infectious diseases. An infectious disease is any disorder caused by pathogens such as bacteria, virus, fungi, protozoan etc. They are transmitted from one person to another by an agent. According to scientist, infectious diseases spread by air, by infected food and water, direct contact and by vectors. Over the years, there have been serious outbreaks of global infectious disease that have killed many people and have led to countries closing their borders, employing strict immigration policies and scaring people from traveling across borders. Since entering the 21st Century, there have been an outbreak of infectious diseases that have threaten the very existence of humanity. The century was greeted with the SARS outbreak in 2002 which spread across 29 countries, infected 8,098 people and killed 774 (WHO, 2010).

Again, the Ebola outbreak in 2013 which was described as the most widespread of the Ebola Virus Disease in history, infected 28,616 people and killed over 40% of those infected (11, 310 deaths) (WHO, 2016). The nature and spread of these disease puts an amount of fear and panic in the global populace resulting in various health policies by the World Health Organisation and individual countries as to how best to protect their citizenry. These outbreaks have also had grave consequences on global education. For instance, research has shown that, the Ebola crisis had a major impact on education in West Africa. Over 10,000 schools in Liberia, Sierra Leone and Guinea were closed for an academic year. In Sierra Leone, schools were closed for eight months. This was necessitated as a result of the ban on public gathering which invariably affected schooling. According to a World Bank research, the reopening of schools offered a fresh start for most of the students even though majority of them have lost track of what they have been taught over the years.

International Education and the Outbreak of COVID-19

The most recent disease outbreak is the novel Coronavirus (COVID-19) which was detected in Wuhan, China and reported to the World Health Organisation in China on 31st December 2019. The disease has spread to 54 more countries aside China with a total of 83,386 cases recorded and 2,860 deaths within its first three months of spread. The rate of spread has become very alarming that all countries are taking serious precautions to ensure the safety of its citizens. The bigger question however is, how does the spread of these life threatening disease affect the promotion of international education and what should be done to by countries to continuously benefit from international education in the event of global disease outbreaks.

China is seen as the third country globally with more international students apart from the United States and the United Kingdom. The total number of international students seeking higher-education increased by 13% over the past 10 years since 2006. I dare say that, presently China can be said to be a source and hub for international education. Data from Statista (2020) suggests that in 2018, about 662,100 Chinese students left China to pursue studies abroad which represented a 11.74% increase from the previous year. According to the Chinese Daily Mail (2019), a total of 5.86 million Chinese studied abroad from 1978 to the end of 2018. These statistics buttress the extent to which an outbreak of COVID-19 would impact on international education. In the case of Ghana, available data suggest that, about 5,516 Ghanaian students are studying in China with 1,006 having received Chinese government scholarship. The number of Ghanaian students in China has been ranked as the top African students in China for three consecutive years.

This implies that, most countries have their citizens schooling at different levels in China whereas Chinese students are spread across the globe. The impact of this disease outbreak on these international students cannot be underestimated. Likewise, an outbreak of any global disease will have dare consequences on all forms of education. Countries will begin to be cautious with their immigration policies which will affect international students. The issues of travel ban, prohibition of social gathering and quarantines impact significantly on education at all levels both within countries and internationally. Those who are currently in these affected countries would have a distorted academic calendar and in some instances might have to abandoned their education till the host country is able to control the spread of the outbreak. These will have a multiplying effect on the economies of the affected countries whereas the loss of human capital cannot be downplayed. The social challenge of stigma and the ability of a country’s educational system to come back on its feet after months of closure all come into play. It must be noted that, countries with very weak educational systems might not survive after such crises.

The most immediate step that educational institutions in the world should take is to improve their e-learning systems and employ more sophisticated measures to deliver education to people from across the globe. These unfortunate outbreaks could serve as the tipping point for the boom of Ed-tech in the global education system. Education Technology refers to hardware and software designed to enhance teacher-led learning in classrooms and improve students’ education outcomes. Online learning, webinars and flipped classrooms will be the potent mode of education delivery in the advent of such outbreaks. The use of modern technology and innovations should make it possible for countries to still deliver education to their citizens while pursuing their international education agenda. There are various Ed-Tech platforms available and which are being used by some countries like Australia to assist their students. These platforms should be optimized and made an alternative to residential education.

Again the global education platforms should be used to promote the practice of affiliation among institutions of higher learning. Even though not novel, it is important for universities across the globe to pursue this policy of affiliation vigorously.

The constant outbreak of global epidemics threatens the global education agenda. It has the huge potential to break educational systems of countries, affect international education and deny many access to quality and equitable education. It is therefore important for education to assume a different structure, format and dimension. Educational institutions should metamorphose to offering quality education to the global community through a non-residential format than focusing on residential set-up. There is the need to use technology to create access and promote quality education; that is the quintessence of Ed-Tech.

The writer is an Education Economist, Researcher and Curriculum Expert and Currently the Ag. Executive Director of the Institute for Education Studies (IFEST), an education think tank in Ghana.