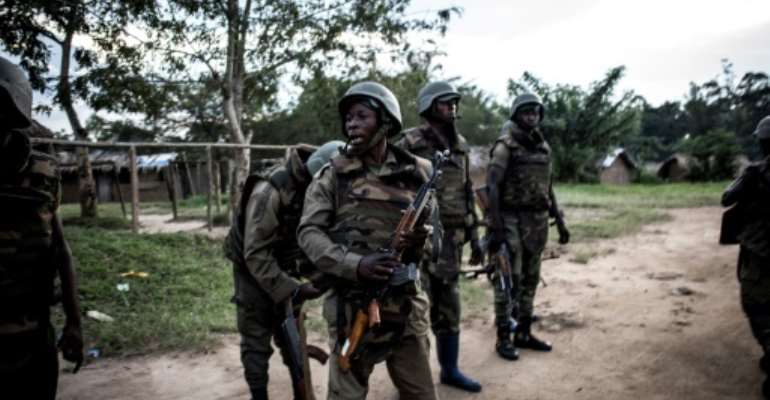 The Congolese government has signed a deal with an armed group to restore peace and security in the eastern Democratic Republic of Congo after decades of violence, UN officials said.

The agreement was signed in the gold-rich province of Ituri, long wracked by communal violence that has left tens of thousands dead.

The deal, signed Friday between the DRC authorities and the FRPI (Patriotic Resistance Forces in Ituri), calls for a ceasefire and integration of the militias into the regular army.

"This agreement... is tasked with ending nearly two decades of violence," the United Nations mission in DRC, MONUSCO, said in a statement.

It is "designed to restore peace, security and stability" in southern Ituri, following "several aborted attempts," it added.

The FRPI, which today numbers 500 fighters, has been active in the south of Ituri for two decades.

The armed group is a holdover from the communal conflict that ravaged the province between 1999 and 2003, leaving tens of thousands dead until the intervention of a French-led European force called Artemis.

A local resident hailed the peace deal, particularly for families caught in the crosshairs of conflict.

"For we women, this agreement is synonymous with hope," Gety resident Anualite Zawadi said, according to MONUSCO.

"For nearly 20 years, women were raped. We had trouble going to work in the fields. Children rarely went to school because of the lack of security."

The conflict has seen several high-profile FRPI players punished over the years.

Former warlord Germain Katanga was sentenced in 2014 to 12 years in prison by the International Criminal Court for complicity in war crimes and crimes against humanity.

Another militia leader, Cobra Matata, was arrested and transferred to Kinshasa in January 2015, but his trial has never started.

Several thousand FRPI fighters were demobilised and integrated into the Congolese army from 2004 until 2006, but the group started reforming at the end of 2007.

Since the end of 2017, northern Ituri has seen a resurgence in violence between local militia groups that has left at least 700 people dead.

The UN says the violence could amount to a crime against humanity.