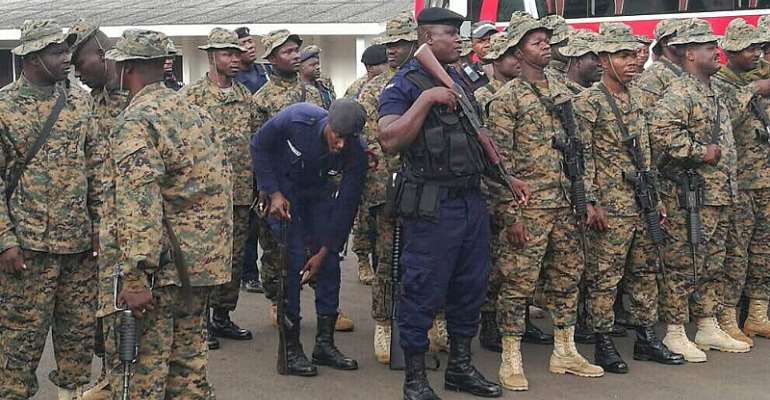 The Africa Centre for Energy and Environmental Sustainability has lauded the decision by the government to withdraw Operation Vanguard, the anti-galamsey operation task force from illegal mining sites in the country.

According to the group, countries that involved armed security men in the fight against illegal mining across the world have not succeeded hence the decision by government is forward-looking.

In a press release signed by the Deputy Executive Director of ACEES, Gideon Peasah, the pressure group observed based on the evidence available that security personnel involved in the fight against illegal mining oftentimes engaged in bribe-taking and human rights violation leading to the loss of lives.

The release urged the government to incentivize informal miners to obtain legal status by removing barriers that inhibit formalization of the trade.

It also suggests the need to “Leverage the use of Geographic Information System (GIS) and Artificial Intelligence (AI) including Metal Detection Technologies (MDTs) to actively monitor environmental impacts rehabilitated sites, match patterns, analyse and better predict where to find minerals as used in the Australian small scale mining sector”.

The Africa Center for Energy and Environmental Sustainability (ACEES) is a Not for Profit Organization, registered in Ghana.

It is committed to ensuring that the needs of the present generation are met without compromising the ability of future generations to meet their needs.

Its Mission is to enhance sustainable development in Africa through Energy and a Vision of mitigating climate change by reducing temperature rise to below 2 degrees Celsius.

Accra, February 27, 2020: The Africa Centre for Energy and Environmental Sustainability has received with delight the decision of the government to withdraw Operation Vanguard from illegal mining sites.

It must be emphasized that the use of armed security in the fight against illegal mining anywhere in the world particularly Congo and Peru has failed. Evidence suggests that armed security personnel either get caught up in mining operations themselves, receive bribes, perpetrate human rights violations and have resulted in the loss of lives in some instances.

As a country, we have had a history of failed attempts in the use of military interventions from 1980 to date; a clear evidence that the use of security in fighting illegal mining is untenable and costly. The issue of artisanal and small scale mining is a “bread and butter issue” and as such much be approached with tact.

At a point in time in the fight against illegal mining, informal miners changed their modus operandi to the night due to the inability of the military to provide 24-hour surveillance considering the landmass they were to cover and the lack of appropriate accoutrement. While Operation Vanguard operated during the day, informal miners worked during the night. Our work as a Centre confirm that often times, Informal miners station key informants at vantage points to notify miners on the inrush of the military.

We therefore proffer the under listed solutions;

Provisionally withdraw any form of state security force to informal mine sites.

Encourage the state to incentivize informal miners to obtain legal status by removing barriers to formalization. These barriers include huge costs in obtaining legal status, delays in the permitting process, difficulty in assessing capital, lack of appropriate technology just to mention but a few.

Scrap the Inter-Ministerial Committee on Illegal Mining (IMCIM) and resource the Minerals Commission and the Environmental Protection Agency (EPA) to perform their regulatory roles.

We commend the government on the community mining concept and recommend a scale-up, as such deliberate approaches to formalising the Artisanal and Small Scale Mining sector is key to correcting the nation’s trade balance, providing jobs, revenue, promoting local social and economic development.