Coronavirus: Infected sect had gathered in Wuhan to found God’s Kingdom on Earth 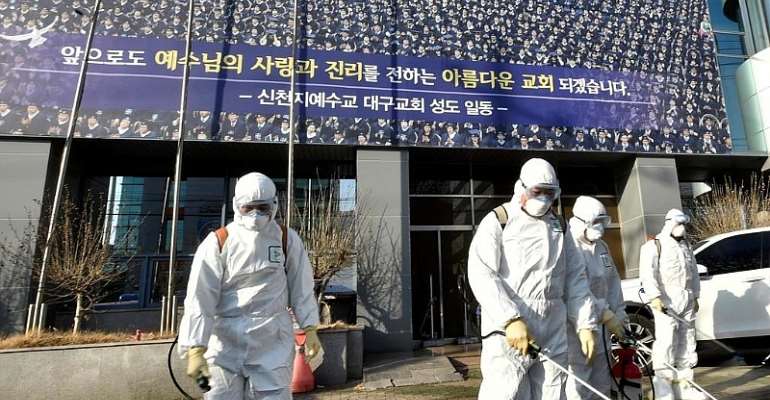 More than 200,000 members of a religious sect have been checked for coronavirus symptoms by South Korean authorities. Most of South Korea's infections have been linked to the Shincheonji Church of Jesus.

The official website of Shincheonji (“New Heaven and New Earth”) has been taken off the internet, but the original pages, still available on the Internet Archive, reveal that the congregation (also called “Church of Jesus” and “Temple of the Tabernacle of the Testimony”) consists of a determined group of believers who want to re-create God's kingdom on earth.

Their leader is Man Hee Lee, the self-declared “Promised Pastor,” who said he will lead 144.000 chosen “shepards” into the Kingdom of Heaven on Earth.

According Noh Jungsun, a South Korean representative of the World Council of Churches, the Shincheonji group represents 14-15 percent of South Korea's Christian devotees, a total of some 300,000 adherents.

Man Hee Lee founded the group in 1984, at a time when there was a “very anti-communist” atmosphere in South Korea, says Noh.

According to a 2015 study by Kim Young Sam, the group failed in its efforts to register as a non-profit religious organization, because of their “negative influence on society”. They are accused of “splitting families” and later of forming a “Christian State” within South Korea along the lines of the “Islamic State” in the Middle East.

Fanatic radical
“The majority of Christians in South Korea think that [Shincheonji leader Man] is a fanatic radical, who believes that he is more powerful than God in Heaven,” according to Noh Jungsun of the World Council of Churches, who implies that the group has ties with the current opposition parties and wants to impeach current President Moon Jae-in.

“They don't give names, but form 'cultural organizations',” he says, “because many see them as too radical,” he says.

Propaganda activities
As the group, which also has a number of foreign nationals, was also refused permission to establish church buildings, they “disguised a building as a normal church so that they can carry out propaganda activities,” according to researcher Kim Young Sam. This made it difficult for the authorities to establish a membership list to trace people who may have been in contact with the Wuhan-based group and thus infected with the coronavirus.

Hong Kong's South China Morning Post, which first reported the Shincheonji – Wuhan story, says the group heard “rumours of a virus circulating” in late November, but “no one took them seriously”.

Wuhan congregation
The Shincheonji group has been “organising a congregation in Wuhan,” according to Noh Jungsun, before they moved back to the city of Daegu in South Korea, bringing with them the coronavirus.

Over 60 percent of people infected with the virus in South Korea are members of the Shincheonji group residing in Daegu city. Some group members are in quarantaine in Wuhan itself.

The group has been active in China, where Christian groups that are not officially registered with Beijing's Religious Affairs Bureau are illegal. “Shincheonji has an underground secret organization in China,” in Wuhan, Beijing and several other cities, according to Noh Jungsun.

After days of mounting public anger, the group did hand over a list of 212,000 members, according to the government, but Noh Jungsun believes the actual number may be closer to 300,000. “It may be very difficult for the police to find the real number,” he says.

Anyone who will speak against the National Cathedral will di...
24 minutes ago