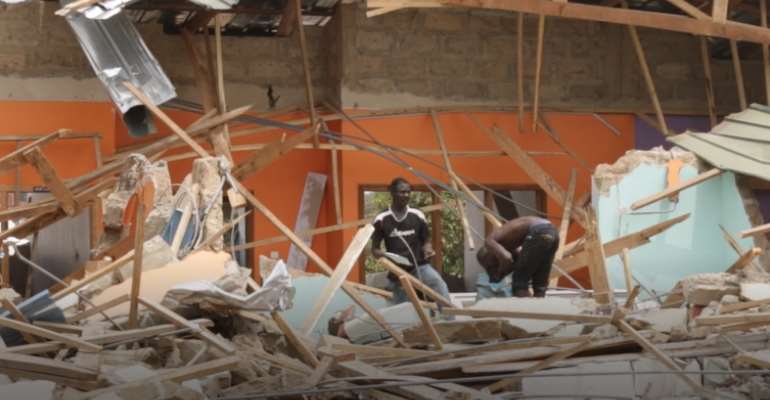 The Ghana Trade Fair Company Limited has denied claims that it targeted businesses for demolition based on their owners’ political affiliation.

GTFCL issued the disclaimer following claims that Raymond Archer , the Chief Executive Officer of Color Planet was demolished because of his ties with the opposition National Democratic Congress .

“It is our considered view that this demolition [exercise] forms part of a grand scheme targeted at destroying all businesses with some form of perceived leanings to the National Democratic Congress,” the NDC insisted in a statement.

Mr. Archer had operated his business at the Trade Fair Centre for close to a decade.

But in a statement, the Trade Fair Company said: “the current demolition exercise involved seven other buildings of tenants that are in the path of the next state of horizontal redevelopment.”

“Contrary to what Mr. Archer is speculating in the media, the Ghana Trade Fair Company does not target businesses for demolition because of their political or other affiliations,” it also stressed.

The Trade Fair Company also denied claims that it was reckless in the way the demolitions were carried out.

“We deny this claim again and state that we took great care to avoid damage to equipment, limiting the demolition to the outer walls, roof and ceiling,” the statement said.

In all, the Trade Fair company said 28 structures belonging to various companies were demolished on Monday dawn to make way for redevelopment project the Trade Fair Company intended to undertake. Ample notice is given tenants

In the aftermath of the demolition, the company said it had informed all the tenants about the redevelopment project and given them the mandatory six-month notice on July 10, 2018, to vacate the site by December 31, 2018.

Prior to this, the company said on September 24, 2017, it sent notices to all tenants to renew their tenancy agreements for another year.

The project was the subject of some litigation but a court ruling on February 12, 2020, threw out an injunction order paving the way for the Government to go ahead with the project.