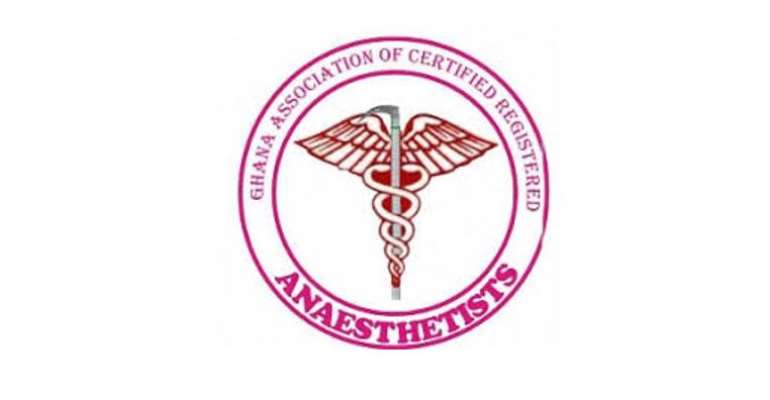 The Ghana Association of Certified Registered Anaesthetists (GACRA) has raised concerns over what its says are derogatory remarks made against its members by one doctor Robert Djabatey.

The said doctor according to the Association described the Certified Registered Anaesthetists as ‘substandard’ professionals who deserve to be in rural areas and that, patients are at risk under their care.

This did not go down well with members of the Association who say the utterances of Dr. Djabatery are unfortunate and must be condemned.

It is believed that the comments came in the wake of agitations by the anaesthetists over a change of their name.

“We deem such comments from GAS or the member unfortunate. First and foremost, GACRA does not have any issue with GAS but rather the Medical and Dental Council (MDC) and for that matter the Ministry of Health (MoH). It is beyond imagination that a member of GAS should poke his/her nose into the matter. It is worthy to ask whether Dr. Djagbletey is now the spokesperson for MDC or the MDC is doing the bidding for GAS. If that is the situation, then we consider it very unfortunate”, the group said in a statement.

It added that: “The statement made by the said doctor is no news as people of his calibre who do not live beyond their textbook knowledge will make such remarks. If the remarks are coming from Dr. Djagbletey as an individual, we expect GAS to distance itself from it by issuing a statement to that effect otherwise we would conclude that the statement is coming from GAS and the brain behind the impasse between us and the Regulator.”

The Association has therefore called on the appropriate stakeholders within the health service to in no uncertain term, express their disapproval of the comments

statements made by the said Doctor Anaesthesiologist.”

Parliament, through the amendment of the Health Professions Regulatory Bodies Act 857; changed their names from Physician Assistants-Anaesthesia to Certified Registered Anaesthetists and ordered the Medical and Dental Council to apply the necessary conditions of service.

The association had to strike due to the Medical and Dental Council's failure to acknowledge them as Certified Registered Anaesthetists.

After the partial withdrawal of their services, Anaesthetists across the country completely withdrew all their services but called it off after a few days.

The Association has complained about the amendment's lack of regard for their carrier progression and the lack of management opportunities for its members.

The Association also says that the Medical and Dental Council's approach of introducing a new curriculum for their training in a bid to change the already existing Bachelor of Science Anesthesia to Bachelor of Science Physician Assistants is a clear violation of the Health Professions Regulatory Bodies Act 857 (Act 2013).