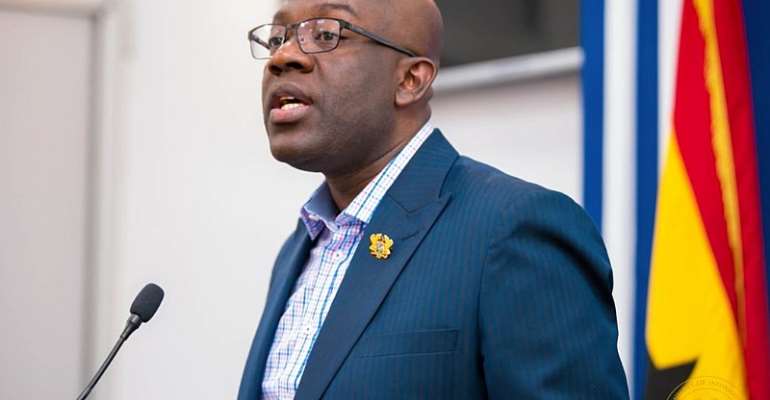 The Minister for Information, Kojo Oppong Nkrumah has disclosed that as part of measures to outline with data evidence the Akufo-Addo Administration's achievements in 3-years, Vice President, Dr. Mahamadu Bawumia is set to headline Government's first town Hall Meeting for 2020 in Kumasi.

According to him, the meeting will focus solely on updating Ghanaians on the fulfillment of its promises and commitments made ahead of the 2020 elections.

Mr. Oppong Nkrumah added that VEEP will lead the town hall meeting that will provide bullet by bullet details on the performance of the administration in the exercise of fulfilling its manifesto promises.

The Information Minister also disclosed that the exercise will be heavily data-driven and the data will be made available to the Ghanaian public and other stakeholders.

"Evidence of the work done will also be mounted in a Results Fair Exhibition led by the Ministry of Monitoring and Evaluation similar to that which took place in Accra a few weeks ago" he added.

The Information Minister hinted that Dr. Bawumia’s presentation will set the tone as a public accounting mechanism for the work done by the Akufo-Addo administration with reference to its 388 manifesto promises and commitments.

With the theme for the Town Hall Meeting being “Demonstrating Fulfillment of Our Promises” the Minister hinted that ensuring accountability in accordance with the 1992 Constitution will be one of the aims of the presentation.

He added that it is an opportunity for the citizenry to interact with the implementation ministries on the performance and impacts of the flagship programmes.

"It is the expectation of government that various groups including the Media and Civil Society Organizations in and around the Ashanti Region will fully participate in the Town Hall Meeting and Results Fair to see at first hand the achievements of Government," he said.