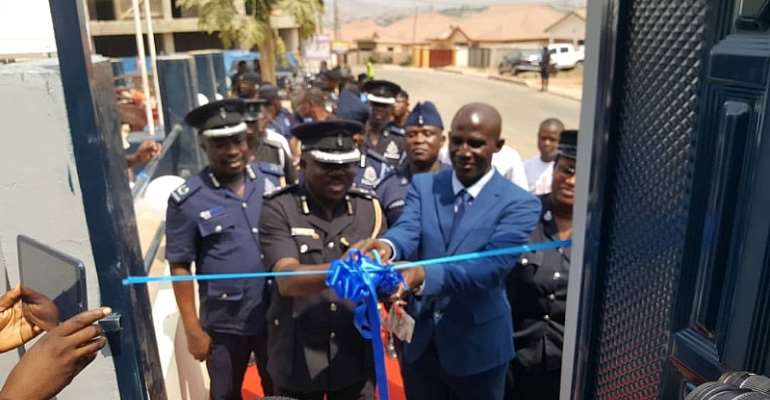 A four-bedroom apartment has been commissioned for police personnel from the ACP Police Station in Accra.

The project is part of a two phase project being constructed by residents of the area and Franko Estate and Cold Store Enterprise, to provide the police with the needed infrastructure for efficient service delivery.

The police station was commissioned and handed over to the police in 2017 to serve residents of the area.

Commissioning the project, the Accra Regional Police Commander, DCOP Frederick Adu Anim said as the nation's population increased, with corresponding increase in its towns and cities, criminal activities also went up—a situation which as he put it demanded the creation of more police stations as well as the upgrading of the existing ones.

The police, like other institutions, have challenges in the areas of office and residential accommodation.

“This magnificent building being handed over today gives a concrete evidence for all to see that our civil society organizations or corporate societies are determined to provide the police service not only with the best possible working condition, but with the necessary facilities for the maintenance of the highest possible standard of efficiency,” he said.

Superintendent Kombat Damontin the Kwabenya District Police Commander in an address, said since the donation of the ACP Police Station, the police had been able to work hard to reduce the incidence of crimes within the community.

“I want to give the community the assurance that we will step up supervision to ensure that officers posted here act professionally, efficient, effectively, show empathy, humility and above all, honesty in dealing with members of the public,” he said, adding that this is the only way the police can reciprocate the benevolence and confidence reposed in them by the people of the community.

The Chief Executive Officer of Franko Estate and Cold Store, Francis Kwesi Nyankson in a statement said the apartment would provide a befitting working environment for personnel posted to the station.