Humble But Firm Is The Future Of Leadership—Amma Frimpomaa Affirms 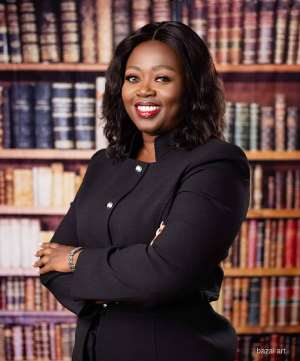 The Managing Director of SIC Life Savings & Loans, Amma Frimpomaa Dwumah, has made a strong case for humble and firm leadership in any endeavor as the hallmark for success.

According to her, humility coupled with firm leadership is the surest way to achieving critical leadership goals and urged every leader to learn these key principles of leadership. Amma Frimpomaa, who is also an educationist made this statement at the official Book Launch of the former Coach of the Black Stars, James Kwasi Appiah, held at the Alisa Hotel on Friday 31st January 2020.

She continued, “I quite remember in 2010, Milovan Rajevac was head coach when Ghana went to the competition held in Angola. The Black Stars team, with Kwesi Appiah as Assistant coach, was famously known for their ‘1 goal project’. Ghanaians criticised on social media and on radio but yet the humble Kwasi Appiah forever remained quiet and focused. We were all happy to see the team run through to finals." 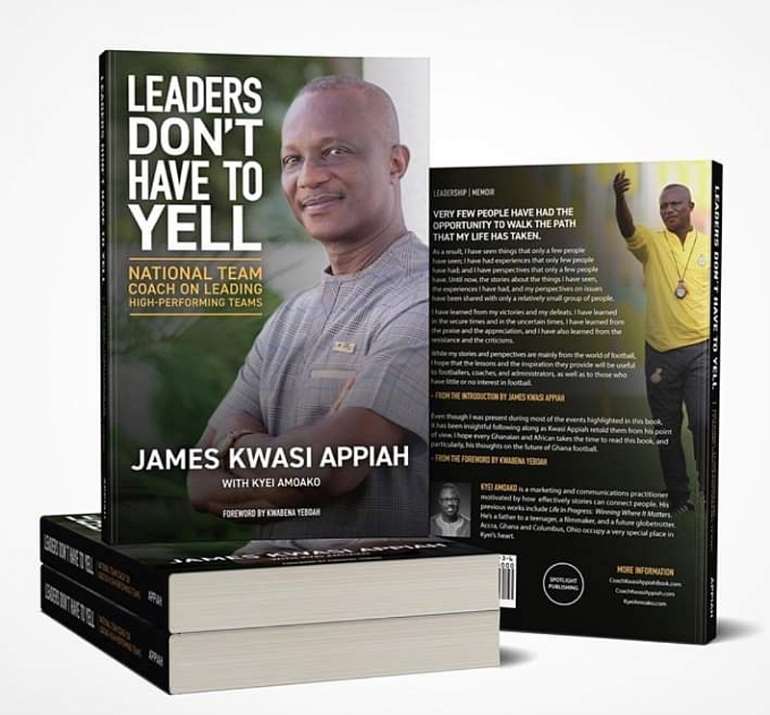 “At press briefings, the soft spoken coach had always communicated well to sports journalists even when questions were asked in a sarcastic manner. As a Black Stars coach, he was dealing with players with egos and money, I strongly believe he wouldn't have gotten the best out of them if he had decided to yell at them or intimidated them. Akwasi Appiah remains the first ever Ghanaian Coach to have qualified the Black Stars for FIFA World Cup. Good leadership is all about making sure you show respect to your followers and tell them what you want them to do and ensuring it is done and done well.” She further explained

The title of the Book is 'Leaders Don't Yell' which chronicles the experiences of Coach Kwasi Appiah during his period of coaching the national team. Coach James Kwasi Appiah also highlights experiences from his international playing and coaching career, and showcases his thoughts on Ghana football's past, present and future. “While my stories and perspectives are mainly from the world of football, I hope that the lessons and the inspiration they provide will be useful to footballers, coaches, and administrators, as well as to the fans and those who have little or no interest in football.” Coach Kwasi Appiah stated at the Book Launch

The launch was attended by several people in the football fraternity and the corporate world as well. "I take this opportunity to congratulate former Coach of the Black Stars for sharing his experiences with us as a football coach of the Black Stars for the coming generations. Indeed, the book 'Leaders Don't Yell' gives a good account of humility and firmness throughout Kwasi Appiah's time as a coach," Amma Frimpomaa stated.

As a top organizational leader, she encouraged other leaders to also share their success, twists and turns as well as their life experiences through the writing of books for the youth and unborn generations to draw inspirational lessons from their perspectives.

The first book was bought for GHC 10,000 by Kwabena Bamfo (a.k.a Sikkens) and Kwabena Aidoo who was the chairman of the occasion. Stephen Appiah, former Black Stars skipper who also graced the occasion bought his copy of the book for GHC 5,000. Although CK Akunnor, the coach of the Black Stars couldn’t attend the book launch a copy was bought on his behalf for GHC 2,000.

Amma Frimpomaa is a lawyer and a member of the Ghana Bar Association. She has extensive training in leadership and corporate governance.

She is well versed in the banking and financial sector. She can be described as a professional with a strong appetite for success, a problem solver, and also possesses strong organizational and leadership skills.