Why Politics Matters in Ambulance Distribution 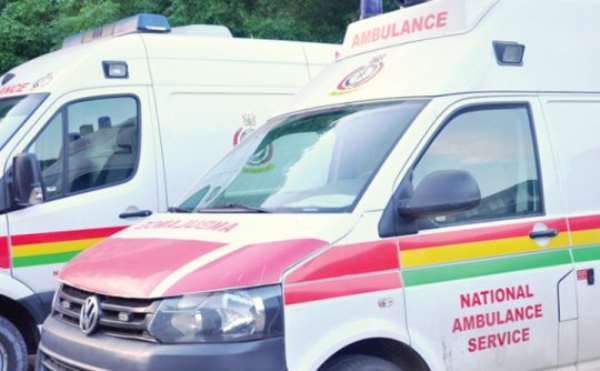 You see, they may have done relatively exceptionally well as political cannibals in uniquely hanging on to power continuously for some 20 years; but in terms of the constructive appropriation of power for the development of the country, the leaders of the Rawlings-founded National Democratic Congress (NDC) could at best be described as “Political Gravediggers” or Undertakers. In the critical and vital area of healthcare development and delivery, for only one example, the NDC leaders are decidedly AWOL. You see, one would have thought that as self-proclaimed “Democratic Revolutionaries” or “Revolutionary Social Democrats,” the NDC would have sported an unblemished performance record in the development and delivery of healthcare and health services, in general, in the country. But the grim reality is that the National Democratic Congress is without a doubt the most incompetent political establishment in Ghana’s 63-year postcolonial history.

We are duty bound, as patriotic Ghanaians, to bear in mind that it was the reprobate likes of Messrs. John Evans Atta-Mills, late, and John Dramani Mahama who cavalierly ridiculed the very progressive, visionary and civilized and quality-of-life-enhancing idea of the establishment of a National Health Insurance Scheme (NHIS), when the latter was first mooted by operatives of the John Agyekum-Kufuor-led government of the New Patriotic Party (NPP). As usual, the debate on the part of the NDC’s leadership went from a cynical querying of the viability and sustainability of a comprehensive National Health Insurance Scheme as being a patent chimera or veritable pipedream, to one of the NDC leadership’s being able to operate a premium-supported NHIS far better than the bold and visionary architects of the scheme themselves.

And then what did Ghanaians witness in practice when the tandem Mills-Mahama regime assumed reins of governance, but the effective bankrupting of the same? Today, thanks to the savvy choice by the Ghanaian electorate in the 2016 Presidential Election and the auspicious assumption of the democratic reins of governance by Nana Addo Dankwa Akufo-Addo, the NHIS has shaped up to be arguably the very best of its kind on the entire African continent. We need to also underscore the fact that it was a New Patriotic Party government, and not a National Democratic Congress’ government, that introduced the hitherto nonexistent establishment of a National Ambulance Service (NAS). Under all the three NDC-sponsored governments, beginning with that of that party’s founder and first President of Ghana’s Fourth Republic, to wit, retired Flt-Lt. Jerry John Rawlings, both the symbolism and the siren sound of an ambulance came to be readily equated with the invariable ferrying of the dead to hospital morgues or mortuaries rather than to the emergency rooms of our hospitals and health centers.

Today, thanks to the Akufo-Addo-led government of the New Patriotic Party, Ghanaians can be proud of the fact that ambulances pretty much perform the same services with which they are associated in most civilized advanced democracies like the United States, Britain, France, Canada, Japan and Israel. And yet, the nation-wrecking operatives of the National Democratic Congress would have Ghanaians chide Nana Akufo-Addo for supposedly attempting to score cheap political points with the recent landmark commissioning of the 307 state-of-the-art ambulances, which are meant for distribution across all 275 constituencies in the country and some major hospitals and health centers. What really gives the unconscionable kleptocratic leaders of the NDC the moral authority to dictate what ceremony accompanies the commissioning and distribution of these ambulances?

We are, for example, informed by Prof. Ahmed Muhu Zakaria, Chief Executive Officer of the National Ambulance Service (NAS), that this is the largest procurement fleet of emergency healthcare vehicles on the African continent. As well, under the visionary and progressive watch of President Akufo-Addo, the largest number of new service or ambulance-dispatch stations – 145 in all – have been established around the country, an unprecedented achievement in Ghana’s postcolonial history. You see, honest and critical-thinking Ghanaian citizens are more likely to envisage this phenomenal achievement more in terms of the short span of time in which President Akufo-Addo has notched these achievements, than the mere fact of whether such development comes rather late in the social and political history of postcolonial Ghana, knowing fully well that but for the auspicious and practical common sense of the Ghanaian voters who massively swept the Akufo-Addo-led New Patriotic Party into Jubilee House in December 2016, we would still be dreaming about the historic delivery of the 307 ambulances, and not the practical fulfillment or delivery of the same.

It is great and unprecedented achievements like the preceding one that ought to give the progress-bereft leaders of the National Democratic Congress the jitters, and not the mere compilation of a long-overdue new National Biometric Voters’ Register (NBVR) in the leadup to the 2020 general election.