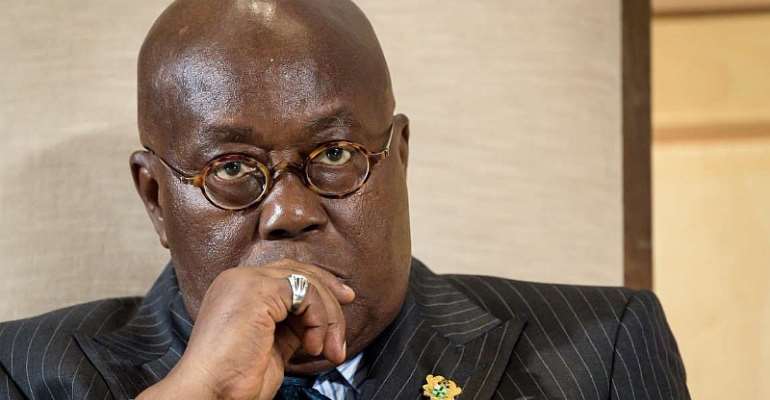 President Akufo-Addo has revealed that two of his appointees are currently under investigation for acts of corruption.

Although the President did not mention the names of these appointees nor the institution investigating them, he said actions will be taken against them if they are found guilty.

Addressing members of the diplomatic corps at the Peduase Lodge in Accra Tuesday night, Nana Akufo-Addo said all allegations of corruption against his appointees will be thoroughly investigated and dealt with.

“Every single alleged act of corruption levelled against any of my appointees is being or has been investigated by independent bodies such as CHRAJ, CID and in some cases by Parliament. Indeed two appointees of the executive are still facing investigations. It is refreshing to know that none of these agencies has ever indicated any pressure from the executive over their investigation,” he said.

The President and the New Patriotic Party (NPP) government have been accused especially by the opposition National Democratic Congress (NDC) of clearing his officials in his governments involved in corruption scandals instead of having them punished.

But the President has on various occasions said most of the allegations of corruption against his government and appointees have been without evidence hence cannot be acted upon. He stressed that persons who make accusations of corruption must accompany it with evidence.

Speaking on the subject at the meeting with the diplomats, President Akufo-Addo urged members of the diplomatic corps to report any of his appointees who engage in acts of corruption and provide evidence to enable his government take strong action on it.

“Should you, members of the diplomatic corps be notified of any evidence of corruption against any of my appointees, I insist that they [should] be shared with my office to enable action to be taken on the matter,” the President said.