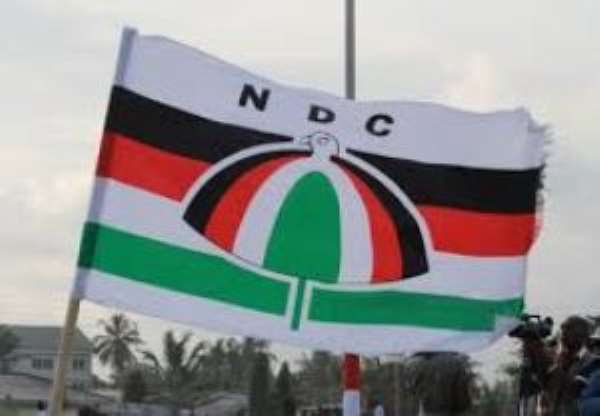 Suffice it to stress that the newly elected President Kufuor had a tough decision to make, by either embracing or rejecting the HIPC status.

Nevertheless, the forward thinking President Kufuor chose to ingest an insipid pill with a view to getting over the malaise. Thus, he pragmatically embraced the HIPC status in 2001.

Consequently, macroeconomic indicators begun to stabilize and Ghana’s debt stock was significantly reduced by about $4 billion within that period (BOG).

In retrospect, President Kufuor and his government managed to quadruple Ghana’s GDP to a favourable $28 billion by 2008. Plus, the NPP government left an encouraging economic growth of around 9.1 per cent.

What is more, through hard work and forward thinking, the Kufuor’s government managed to discover oil in commercial quantities which helped moved Ghana to the Middle Income Economy.

But in spite of all the numerous programmes and policies that put the country in a highly favourable economic position, Ghanaians disastrously bought into the NDC’s propaganda and voted out better economic managers in 2008.

I have always held a firm conviction that Ghanaians made a catastrophic mistake by voting NPP government out in 2008 general elections, as Ghana, as a matter of fact and record, was heading towards the right direction following the eight years of prudent governance by Ex-President Kufuor and his dynamic team.

It is an undeniable fact that prudent and pragmatic governments more often than not, manage to improve upon the economic fortunes of their respective countries if they are allowed to stay a bit longer in power.

Take, for example, in Rwanda, The officeholder is elected by popular vote every seven years, who, in turn, appoints the Prime Minister and all other members of Cabinet.

It is important to note that Rwandan current president, Paul Kagame, has been in power since 2000.

Suffice it to state that Rwanda has undergone rapid industrialisation largely due to the implementation of pragmatic policies and programmes over a sustained period of time.

In Malaysia, Mahathir Mohamad, who returned in 2018 as the head of the opposition coalition, and the oldest Prime Minister At94 years old, previously stabilised the Malaysian economy from 1981 to 2003.

Tun M, as Mahathir is called by his supporters, oversaw a period of rapid economic growth and development in Malaysia during his first long stint in office.

As a matter of fact, Blair and Brown did their utmost best and managed to stabilise the UK economy until the Labour Party lost power to the Conservative Party in 2010.

In Ghana, since the attainment of independence from the British on 6th March 1957, the NDC tradition (PNDC and NDC) had governed the country more than any other government one can think of. In fact, that tradition had governed Ghana for approximately 27 years out of Ghana’s 62 years.

Thus, we cannot begrudge the thoughtful sceptics for contending persistently that but for NDC tradition’s awful errors in decision-making for well over 27 years, Ghana would have developed meaningfully by now.

Apparently, the critics cannot comprehend how and why some observers would choose to side-line the worst culprit (the NDC) and crudely censure the likes of CPP, PNP, NLC, SMC, and NPP for Ghana’s underdevelopment.

Interestingly, the reflective critics contend that if anything at all, the CPP tradition (CPP and PNP) governed the country for approximately 12 years.

And, the last ‘Nkrumaists’ government, which was formed by the PNP, and led by Dr Hilla Limann, was violently deposed by the founders of the NDC, spearheaded by Ex-President J. J. Rawlings on 31st December 1981.

It is also worth mentioning that the military regimes of the NLC, SMC 1 and 2 ruled Ghana for about 10 years before the founders of the NDC usurping power on 4th June 1979.

The UP tradition (PP and NPP) total share of the day-to-day management of the country is about thirteen years to date.

But all said and done, in terms of useful infrastructural projects which put the country at a substantial and propitious position, Dr Nkrumah’s CPP government did exceedingly better than any of the administrations that followed.

It is also worth stating that in spite of the fact that Prime Minister Kofi Abrefa Busia’s government lasted for less than three years, he managed to initiate pragmatic policies and programmes across the length and breadth of the country.

The visible accomplishments of Busia's government included the building of roads, housing, provision of healthcare and water facilities.

The story was however told that Dr Busia was the first Ghanaian leader to establish a ministry responsible for rural development, an initiative which was in consonance with his commitment at raising the living standards of the rural dwellers (Daily Guide, 11/07/2013).”

I must, however, confess that even though I cannot stand coup makers, General I. K. Acheampong (The Head of State from 1972-78) had a great sense of foresightedness.

In my humble opinion, General I. K. Acheampong was a visionary leader who initiated pragmatic policies and programmes such as the operation feed yourself and affordable housing units.

It must also be noted that the Limann government assumed office at a time when the economy was in deep crisis. The credit lines to the country had almost dried up and were blocked due to brutalities and confiscations at the harbours and other points of entry into Ghana by the coup making founders of the NDC.

However, the story was told that through careful negotiations, preparations and the implementation of pragmatic policies and programmes, the Limann government managed to arrest the economic challenges.

More importantly, commendable efforts were made to repay Ghana’s short-term debts, and the Limann government demonstrated the ability to meet Ghana’s debt obligations.

But despite all the great efforts, the NDC founder, Rawlings and his cohorts did not give Dr Liman and his PNP government the breathing space to govern the country, as they relentlessly breathed down the neck of President Limann.

As a matter of fact, Rawlings and his NDC coup making minions unfairly kept castigating Dr Limann’s administration for what the remorseless conspiratorial plotters perceived as economic mismanagement, until Rawlings and his jailbreaking geezers decided to depose Dr Limann.

Subsequently, J. J. Rawlings and the other mutinous jailbreakers took arms and succeeded in usurping the democratically elected government of Dr Hilla Limann on 31st December 1981.

Rawlings and his rabble rousing friends formed a government which they called the Provisional national Defence Council (PNDC) and appointed Rawlings as the chairman.

After imposing himself and despotically ruling the country for over 11 years without any practical experience, J. J. Rawlings retired from the military and bizarrely metamorphosed into civilian president in 1992.

It is, however, worth emphasising that Ex-President Rawlings 96 months democratic rule came to an end in January 2001 with little to show for.

Disappointingly, however, former President Rawlings and his NDC tradition’s memorable achievement was to send us to the membership of the Highly Indebted Poor Countries (HIPC).

It was, indeed, a great relief when President Kufuor took over the presidency in January 2001.

It is, however, worthy of mention that the late President Mills inherited a total debt of GH9.5 billion and a favourable economic growth of around 9.1 per cent in 2009.

The late President Mills was extremely fortunate to have taken over a very good economic foundation laid by the zestful enthusiast, former President Kufuor and his equally dynamic team.

Take, for instance, three years after former President Kufuor’s NPP government had discovered oil in commercial quantities, the late President Mills turned on the valve at an offshore platform in December 2010 to pump the first commercial oil.

It is worth mentioning that Ghana consequently joined the petroleum exporting countries. And, believe it or not, Ghana started to export crude oil and thus boosted the economic growth.

Gratifyingly, the economy grew from around 8.4 per cent to around 14 per cent by 2011 and Ghana reached the Lower Middle Income status.

“Ghana's economy is growing at a blistering 20.15 per cent” (Economy Watch).

To his credit though, the late President Mills prudently continued to improve upon the excellent economic foundation laid by former President Kufuor and his NPP government.

Unfortunately, President Mills mysteriously departed from life in July 2012. And per Ghana’s 1992 Constitution, Vice President Mahama was the next in line to take over the presidency.

Regrettably though, things started to fall apart. It went from bad to worse following President Mills sudden and mysterious death.

In fact, the vociferous NDC communicators could only resort to propaganda when questioned about the GH9.5 billion debt in 2009 which rocketed to GH122 billion in just eight years with a little to show for.

Given the circumstances, how can they convince some of us of their ability to govern the country again when they woefully shrunk Ghana’s GDP from $47 billion to $40 billion in five years?

How can they prove their innocence when they abysmally dragged an economic growth of more than 14 per cent in 2011 to an incredible 3.4 per cent as of December 2016?

Delightfully, under the current NPP administration, Ghana’s economic growth has moved from a nauseating 3.4% in December 2016 to a favourable 8.6%. And the hitherto double digit inflation (15.8 in December 2016) has been reduced drastically to around 7.6%.

Let us be honest, the successive NDC governments have worsened Ghana’s socio-economic development. How pathetic?

In ending, there is no gainsaying the fact that of all their 27 years in governance, the successive NDC governments have not done enough to improve upon the socio-economic standards of living of Ghanaians.