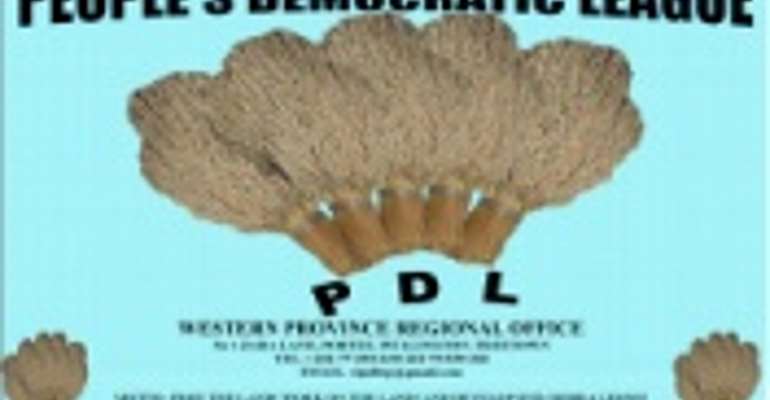 As we continue to reflect on the recent election violence in constituency 110, we had hoped that the vibrant energy that comes with the beginning of the New Year, 2020 would help the healing process for Sierra Leone’s national body politics. Members and supporters of the People’s Democratic League (PDL) have all expressed safety concerns in light of the political violence in constituency 110 and other places where by-elections were called and held across Sierra Leone in 2019.

The PDL was following the latest series of horrible events that have transpired in Freetown on Sunday, January 26, 2020. Youths carrying machetes and sticks marched in central Freetown on Sunday, attempting to intimidate bystanders and spread their message of intolerance and hate. There were reports of injuries and damages to property, including the burning of vehicles and shops.

As a grassroots democratic party with a difference, and a party committed to peace, human rights, the rule of law, justice, freedom and dignity, the PDL condemns the vile view of humanity that invaded the Sierra Leonean capital this past weekend. It is fundamental to the moral fabric of any society to condemn beliefs and behavior that are so odious that they threaten the very essence of that society. And so we do.

The actions of those who visited evil upon us are nothing short of terrorism intended to intimidate the Sierra Leonean public. This act to all intents and purposes does not only threatened peace and our fragile democracy, but also capable of scaring foreign investments into the country and by extension causing considerable damage to the country’s economy.

Such terrorism could lead us to succumb to hopelessness, to believe these acts have halted, if not reversed the progress of peace and democracy Sierra Leone has chalked over the years. We warn all those thugs and their backers to transform their anger at the actions of this past weekend so as to rededicate their energy, their talents, and hearts to the country’s development agenda. We would hold the PPRC (The Political Parties Registration Commission) and other institutions, including the Human Rights Commission, Inter-Religious Council and Commission for Democracy, responsible for not doing anything to avert political violence in the country.

The PDL is of the honest view that if Sierra Leone is to move forward in peace and democracy, we must be honest about the issues facing us all as a nation created by God Almighty to live happily forever. It has never been more critical than now to consolidate our peace and young democracy.

Violence and bigotry are not political positions. We strongly condemn intimidation and abhorrent behavior intended to strike fear and sow division among Sierra Leoneans.

As a moral and alternative force to the decadent system, we, members of the PDL cherish diversity, justice, inclusion and mutual respect. We cherish an environment whereby every Sierra Leonean sees himself or herself as belonging to a civilized society. The views of many of the groups who converged on Freetown last weekend are in direct contradiction with this. There were hateful sentiments and threats of making Sierra Leone become ungovernable. Such rhetoric is not intended to bring us together; it is intended to tear us apart.

The safety and well-being of all Sierra Leoneans are the core principles of the PDL, and these, we will not compromise to any evil desire. In the days, weeks and months ahead, there will be many opportunities to discuss as noble, patriotic and forward-thinking Sierra Leoneans, the events of this past weekend and how our party of trust and mutual respect can come together and further demonstrate and underscore our shared values.

We will continue to uphold these values as a credible political party and reject the ideology of intolerance and hate.