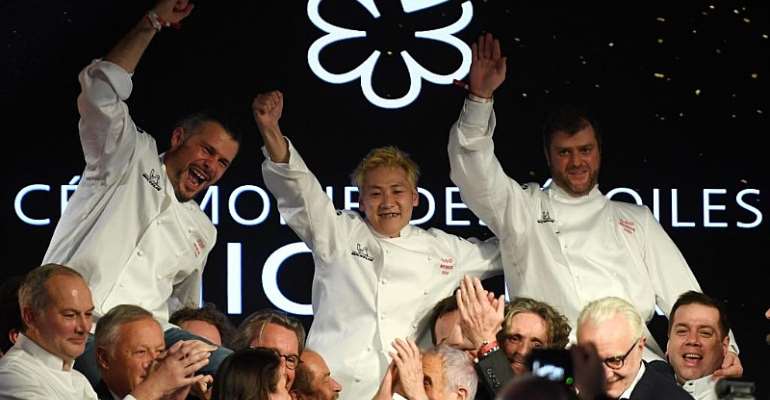 Kei Kobayashi made history on Monday night by becoming the first Japanese chef to be awarded the maximum three Michelin stars. The 42-year-old, who was born in Nagano, admitted that his perfectionism can make him a difficult person to work with as he picked up the honour in Paris.

He opened his restaurant, Kei, in Paris in 2011 and was one of three chefs to gain a third star for the first time.

Glenn Viel at the Oustau de Baumanière in Provence and Christopher Coutanceau at his eponymous restaurant in La Rochelle were also handed the ultimate culinary accolade in the 2020 guide.

In the prelude to the publication of the new lists, guide bosses paid tribute to the chef Emile Jung who died on Monday at the age of 78. Jung's Strasbourg restaurant, Crocodile, boasted three stars.

Standard
Gwendal Poullennec, editor of the Michelin guides, said: "Jung enhanced the reputation French gastronomy as well as the cuisine from Alsace."

In addition to the praise and pummellings, the 2020 guide - covering 628 restaurants - hails establishments which make locally-sourced produce part of their USP.

Such eateries have their environmentally friendly credentials marked with a leaf.

"It is very important for the guide to highlight this approach so that it becomes commonplace," said a Michelin guide statement. "The guide must be at the forefront of change and a shop window for good practices everywhere in the world."