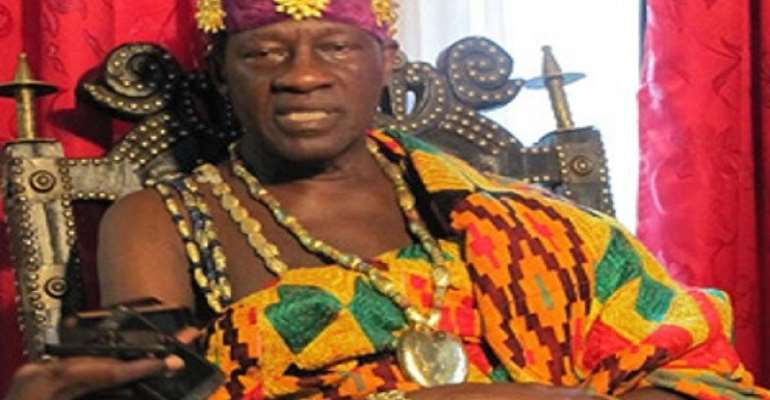 The Omanhene of the New Juaben Traditional Area, Daasebre Professor Oti Boateng, has described as erroneous a widely held view that the number of votes needed to determine a winner in a presidential election is “50 per cent plus one votes.”

The statistician and emeritus professor said that viewpoint by many stakeholders was wrong, a constitutional misrepresentation and mathematically incorrect.

Mathematically incorrect
Speaking to the Daily Graphic in an exclusive interview in Accra at the weekend, Daasebre Prof. Oti Boateng, who is a former government statistician and the first African Chairman of the United Nations Statistical Commission, said: “In the first place “50 per cent plus one votes” is mathematically incorrect, since it has two non-additive components, the first being a percentage and the second being a natural number,” he stoutly defended.

Thus, according to the emeritus professor, any attempt to add a natural number and percentage which were non-additive entities, contravened a fundamental rule of mathematics.

He observed that in election narratives in the country, particularly during the 2000, 2008 and 2012 elections, there were many stakeholders, including the Electoral Commission (EC), political parties, civil society organisations and the media, that held the position that the number of votes needed to determine a winner in the presidential election must be 50 per cent plus one votes.

Daasebre Prof. Oti Boateng said if such outright constitutional misrepresentation was allowed to persist, especially in an election year, it had the potential to fan the embers of conflict, which could ultimately destroy the country’s hard-won peace and stability.

Article 63(3) of 1992 Constitution
Quoting Article 63(3) of the 1992 Constitution to support his argument, Daasebre Oti Boateng stated that a person shall not be elected as president of Ghana unless at the presidential election the number of votes cast in his favour was more than 50 per cent of the total number of valid votes cast at the election.”

Furthermore, he pointed out that Article 63(4) and 63(5) ensured that where there were more than two candidates in a presidential election and no candidate obtained more than 50 per cent of the valid votes cast, there would be a second election after 21 days of the previous election for the two candidates with the two highest number of votes to determine the winner, he stated.

Those constitutional clauses, he noted, were carefully couched in precise and unambiguous terms to make it evident that a winner in a presidential election must have more than or over 50 per cent of the valid votes cast.

Parading an invalid construct
In spite of that clear and unambiguous provision, the emeritus professor pointed out that several well-placed people in society, especially from the media, the EC and government officials, were constantly parading an invalid construct, the so-called 50 per cent plus one votes rule, as a proxy for the true constitutional provision of the country.

“I was particularly saddened when at a recent parliamentary vetting I observed that parliamentarians and judges alike were fumbling with the precise constitutional provision, with an attempt to introduce the non-existent invalid construct as part of the provision,” he stated.

EC must come out
Since according to Daasebre, the persistent misconception of the invalid construct was originated from the EC as far back as the year 2000, the commission owed the public a duty to clearly declare its present position on the issue.