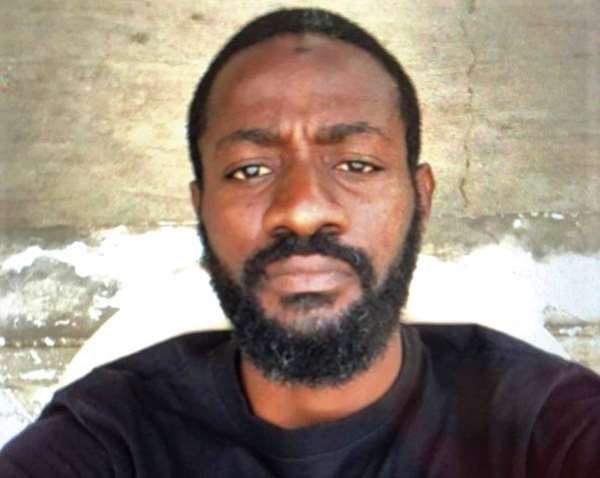 Unknown assailants in a Hollywood style shot and killed a 38 year-old shop manager at Adenta SSNIT Flats in broad daylight.

The deceased, Maxwell Daitey Agamah, alias Max, who was the Manager of Megakuda Fan Depot, a Fanmilk agent, near the Adentan Community School, was lured out of the shop by sporadic gun shots by the assailants and subsequently shot him in the ribs when he ran out of the shop in panic.

Two men, one behind the wheel of an unregistered Toyota Corolla taxi cab (red and yellow) and another in the passenger’s seat wearing a blue overall attire sped off after shooting the manager in front of the shop.

The assailants
The assailants did not enter the shop and although at the time of the incident there was some amount of money in the shop, nothing was stolen.

Confirming the incident, the Adentan District Police Crime Officer, Mr Gideon Zowonu, said on January 11, 2020 the Adentan Shopping Mall police received a complaint that about 1:30 p.m. on that day, there were gunshots at a Fan Milk depot close to the flats.

He said residents, who came out, saw the owner of the fan milk shop, Maxwell, lying in a pool of blood some few metres away from his shop crying for help.

Crime officer
The Crime Officer said the shop, near where the incident occurred, was some metres away from the Adentan Housing Down road and the area was, therefore, a bit isolated.

He said Maxwell was then rushed to the Trust Clinic within the Adentan Mall for medical attention but was pronounced dead shortly on arrival.

The Mall police immediately proceeded to the clinic and saw Maxwell’s body lying on a stretcher.

A careful examination of the body by the police revealed gunshot wounds beneath the right side of his ribs.

The police then proceeded to the crime scene and retrieved one 70mm BB Cartridge empty shell in front of the victim’s shop.

Investigations
Mr Zowonu said a team of Crime Scene Experts from the headquarters of the Criminal Investigation Department (CID) of the Ghana Police Service had also visited the scene.

No arrests have been made.
Meanwhile, the body of Maxwell has been deposited at the Police Hospital morgue awaiting autopsy, while the police have also launched a full scale investigations to unravel the circumstances that led to the shooting of the youngman in cold blood.