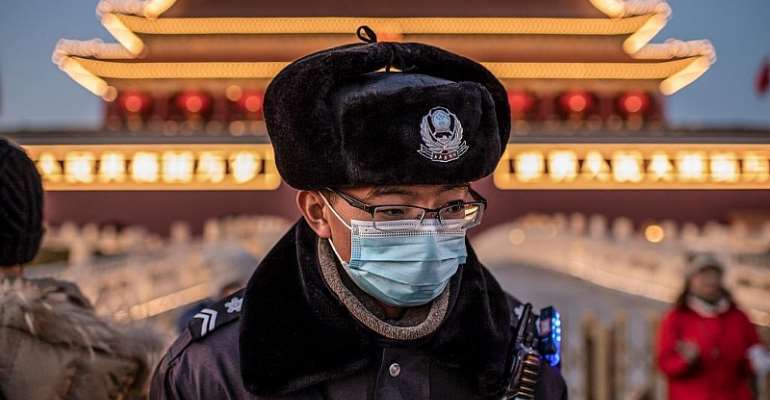 China has put nine cities into quarantine in an attempt to contain the contagious virus which has killed at least 26 people and infected more than 800. France has no cases so far and a woman who evaded screenings in order to fly from Wuhan to France is not believed to be a risk.

The World Health Organisation (WHO) on Thursday said China is facing a national emergency but stopped short of making a declaration that would have prompted greater global cooperation, including possible trade and travel restrictions.

There are, however, confirmed cases in several other countries: Macau, Taiwan, Thailand, the US, Japan, and South Korea.

The disease was first discovered in late December in Wuhan, an industrial and transport hub of 11 million people in the centre of the country.

China is now rushing to build a new hospital in the city within 10 days to treat patients at the epicenter of the outbreak.

According to official Xinhua news agency, it will have a capacity of 1,000 beds spread over 25,000 square metres.

Last ones out before lockdown
In France, there are no reported cases of the coronavirus so far.

However passengers returning to Paris on the last Air France flight out of Wuhan on Thursday afternoon expressed huge relief to be back on French soil.

“We got out just 30 minutes before the airport closed”, one passenger told Le Parisien. "All the French want to come home."

Meanwhile on Thursday the Chinese embassy in Paris said it had managed to track down a woman from Wuhan who said she'd managed to evade airport health checks by taking tablets.

Her case came to light after she boasted on social media site WeChat how she had been suffering from a fever, but had managed to reduce her symptoms with medicine.

She also posted pictures of herself dining in a top restaurant in Lyon.

The embassy has since confirmed that her symptoms are under control.

Wuhan: the Chinese Detroit
Wuhan, on the banks of the Yang-Tsé river, is also the heart of China's automobile industry; home to ten or so assembly plants with an annual capacity of more than two million vehicles.

France has its car-manufacturing factories there too, with PSA (Peugeot-Citroën) making Wuhan its Chinese base in the 1990s.

As a result all the city's taxis were Citroëns.
PSA has three factories as part of its co-partnership with Dongfeng (one of China four biggest car manufacturing groups).

Since 2016, Renault also has a factory in Wuhan, again in partnership with Dongfeng.

The lockdown will have a major economic impact, but for the moment French car manufacturers told Le Monde they had yet to feel it as sites were closed all this week and next for Lunar New Year.

When the holiday period ends in early February, the story could well be different.