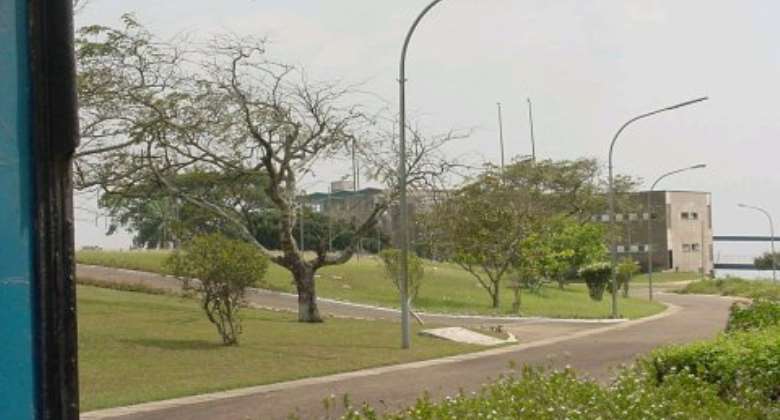 Accra April 10, GNA - Two watchmen stationed at Peduase Lodge on Monday appeared before an Accra Circuit Court charged with conspiracy and stealing a safe containing properties belonging to the State.

Ebenezer Korvey and Yaw Mensah pleaded not guilty and were remanded into prison custody to reappear on April 19.

The case as presented by Assistant Superintendent of Police (ASP) George Abavelim was that about a month ago, Mr Zhan Young Yi, a Project Manager of China State Hanlong Construction Limited, a Chinese firm renovating the lodge removed one locked safe from one of the offices and placed it at a fenced residence of the Project Manager.

On March 23, 2006, around 0300 hours Korvey and Mensah were on duty at the Project Manager's residence when some unidentified men cut some portions of the wire and took away the safe.

Prosecution said information gathered indicated that one Alex Zorkeh, a scrap dealer and one Sammy who dealt in scraps allegedly influenced the accused persons to sell the safe to Alex.

According to the Prosecution, Zorkeh and Sammy, however, escaped as soon as the theft was detected.

ASP Abavelim said the accused persons were arrested to help the Police in their investigations.