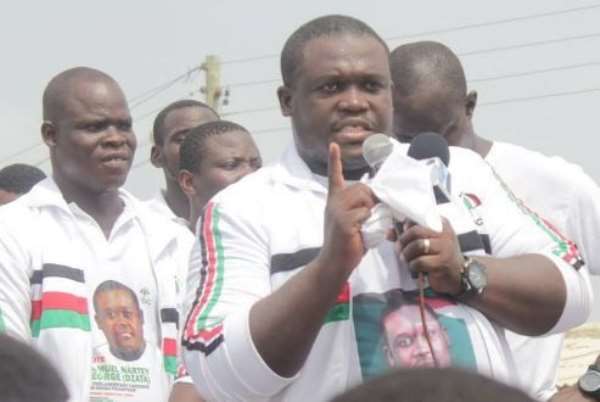 The Member of Parliament for Ningo-Prampram, Mr Sam Nartey George has questioned the number of government appointees at the Ningo Prampram District Assembly.

According to him, the 10 government appointees who were sworn in on Wednesday [January 23, 2020] at the inauguration of the assembly was above the 30 per cent stipulated by the constitution.

He has consequently decided to petition the Minister of Local Government over the number of government appointees at the Ningo Prampram District Assembly.

Mr Sam George during the inaugural ceremony indicated that the government appointees were supposed to be seven instead of 10.

He explained that the number did not conform to the 30 per cent required in accordance with Act 242 (D) of the 1992 constitution.

According to him, "Since the Assembly has 22 elected members, one MP and one District Chief Executive, we will have a total of 24 therefore 30 per cent of that will be 7.2".

He, therefore, announced that he would officially notify the sector Minister about the anomaly adding that there was a High Court ruling on a similar issue.

Mr Jonathan Teye Doku, the Ningo-Prampram District Chief Executive reacting to the issue, said the MP verbally raised the issue but he asked him to put it in writing.

Mr Doku added that the MP's calculation was inaccurate as his checks with the consultant of the Ministry indicated that the number must be 10 not seven saying that had always been the norm.

He, therefore, challenged the MP to petition the Ministry over the matter or resort to the law courts for intervention.