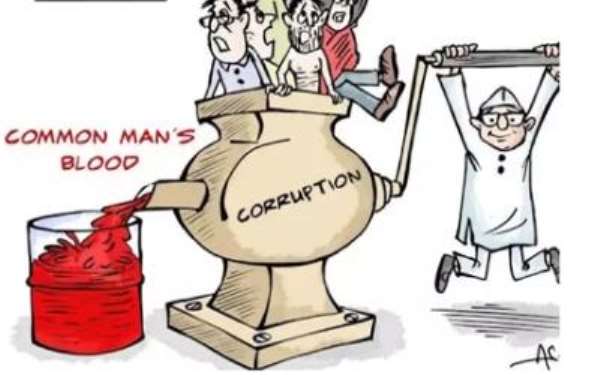 Ghana ranked 80 out of 180 countries and territories included in the 2019 Corruption Perception Index.

The Index put together by Transparency International ranks countries annually by their perceived levels of corruption, as determined by expert assessments and opinion surveys.

In the 2019 index, Denmark and New Zealand topped with 87 points each. Syria, South Sudan and Somalia are at the bottom of the index, with 13, 12 and 9 points respectively.

Recommendations by GII
1. The government must take a critical look at elements that promote public sector corruption including patronage, clientelism, nepotism and suspiciously close ties between politics and business.

2. The government should enforce sanctions against vote-buying, abuse of incumbency and threats to voters in order to ensure the 2020 elections are held in a fair and transparent environment.

3. Political parties must demonstrate a high sense of integrity and transparency in all their campaign finances to avoid the snares of ‘political entrepreneurs’

4. The Electoral Commission should enforce sections 13 and 14 of the Political Parties Act, 2000 (Act 574) which deal with the declaration of assets and expenditure by political parties.

5. Civil society organisations, including the media, must offer equal opportunities for espousing of ideas, programmes and plans and create platforms to hold duty bearers accountable.