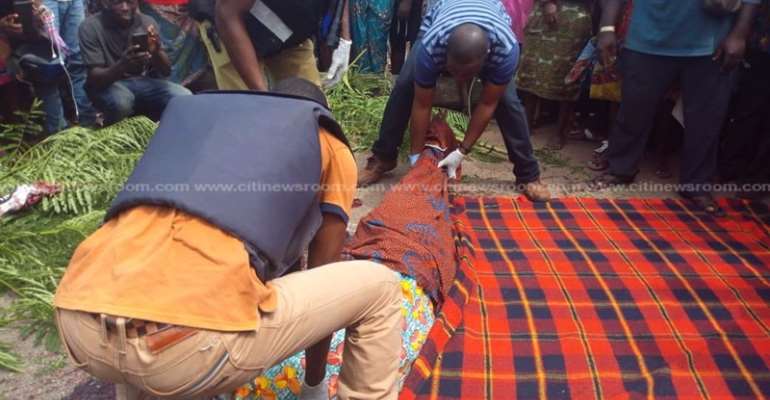 The individual believed to be responsible for the death of a resident at Dzolo Gbogame in Ho West District of the Volta Region has reported himself to the Police in the region.

Speaking on Eyewitness News, the Public Relations officer of the Volta Region Police Command, Corporal Prince Dogbatse, revealed that the individual, who is yet to be named, is currently assisting with investigations.

“Thankfully enough, the one who was responsible for this incident has actually reported himself to the police and is currently assisting us in our investigations,” he stated as he called for calm.

The police are yet to come out with a definite account of what caused the death of the resident, who has been identified as Wisdom Dake, because of conflicting accounts from the ground.

“There are bits and pieces of information out there but we need to refine it to give credible information to the public,” Corporal Dogbatse said.

Initial reports indicated that a task force collecting revenue for the assembly locked up the shop of the deceased because he was in debt.

In protest, Wisdom Dake stood in front of the task force's vehicle and the car is said to have run over him, leading to his death.

Following the death of the resident, angry community members stormed the Ho West District assembly and vandalized properties, including the burning of one of the vehicles.

The police are yet to make any arrests after the attack on the assembly office.

“The situation as we had it could not be best managed with arrests,” Corporal Dogbatse said in response to why no arrests had been made during the incident.

The Police have since taken control of the Assembly and calm has returned to the area.