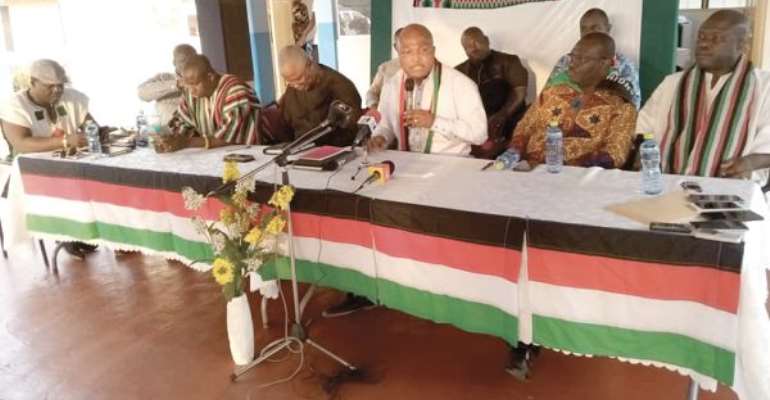 The opposition National Democratic Congress (NDC) says the government is not interested in developing the Volta Region despite its numerous campaign promises to the people.

That, it said, was evidenced in the level of importance the government attached to the region.

Addressing a press briefing on behalf of the Volta Members of Parliament caucus in Ho last Saturday, the Member of Parliament for North Tongu, Mr Samuel Okudzeto Ablakwa, alleged that the government had abandoned the projects which were designed to bring relief to the people of the Volta Region and the Ghanaian populace.

Some of those projects, he said, were being executed by the NDC government but had been halted and abandoned since the government came to power in 2017.

"President Nana Addo Dankwa Akufo-Addo put a stop to almost all road projects in the country with the sole purpose of carrying out an audit work on them. The audit work which put almost all road construction work on ice cost the tax payer over $10million dollars, yet the government is reluctant to make the audit report public," he claimed.

Education
Mr Ablakwa described the government’s implementation of its free SHS Progam as shambolic which had led to reductions in contact hours, congestion, and the lack of study materials, thereby reducing the quality of teaching and learning.

He said an NDC government would “rapidly build schools in all subscribed areas in order to abolish the double track system, implement free technical and vocational education beginning 2021 and establish a university in the six newly created regions to focus on engineering and technical education.

Sack Keta Port Director
The Member of Parliament for Adaklu, Kwame Governs Agbodza, responding to some questions posed by the journalists, urged the government to terminate the appointment of the Director for the Keta Port, Mr. Alexander Adusei Jnr. for no work done despite receiving salaries.

He explained that for the past 10 months since assuming his post, no work had been done at the site.

He said it was an error for government to appoint a director for a port which was not in existence and as such was a drain on the nation’s coffers.

Why won't National Security operatives assault journalists i...
10 minutes ago