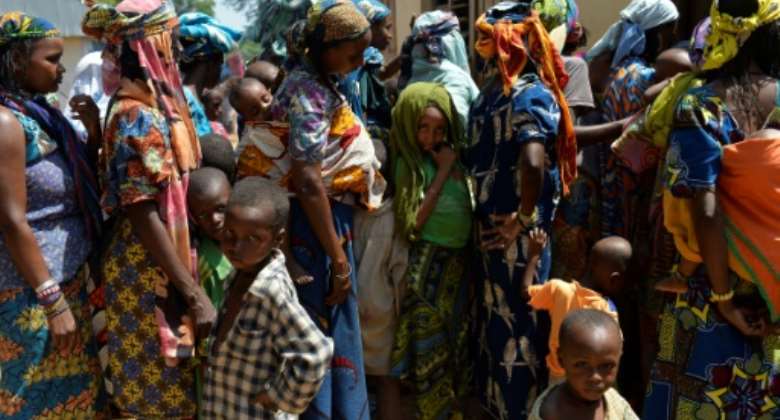 More than half the population of the Central African Republic needs humanitarian aid. By MIGUEL MEDINA (AFP)

More than half the population in the Central African Republic -- around 2.6 million people -- needs humanitarian aid and more than one million are in an extremely vulnerable situation, the United Nations said on Tuesday.

Central African Republic is still struggling after a conflict that forced half of the country's population to flee their homes.

A fragile peace agreement between the government and armed groups signed nearly a year ago has eased violence, but attacks continue and most of the country is outside of government control.

"The Central African Republic is still experiencing a dire and complex humanitarian crisis. 2.6 million people are in need of humanitarian assistance and protection," the UN's Office for the Coordination of Humanitarian Affairs said in a statement.

"Among them, 1.7 million people require immediate assistance to survive."

More than two-thirds of the former French colony is still under the control of various armed rebel groups fighting over its rich mineral resources.

The recent return of two former presidents, the main figures in the civil war, has further fueled tensions ahead of elections in December.

Francois Bozize, who is under an international arrest warrant for his role in the conflict, returned from exile in Uganda in mid-December.

Bozize's passport situation and the circumstances of ex soldiers loyal to him were among the issues discussed, a Bozize party official said.

Former rebel leader and president Michel Djotodia also returned to Bangui this month, six years after quitting as head of state, and pledged to support peace.

Though Djotodia may also have his sights on the presidency, Touadera also greeted him upon his arrival in Bangui.

Djotodia, 71, who resigned 10 months after seizing the presidency from Bozize in a revolt in March 2013, had been in exile in Benin.

Bozize took power following a 2003 coup before being overthrown 10 years later by Djotodia, who was head of the mainly Muslim Seleka rebellion in the predominantly Christian country.

Sectarian violence erupted after between the Seleka and vigilante militias dominated by Christians and animists known as the anti-Balaka.