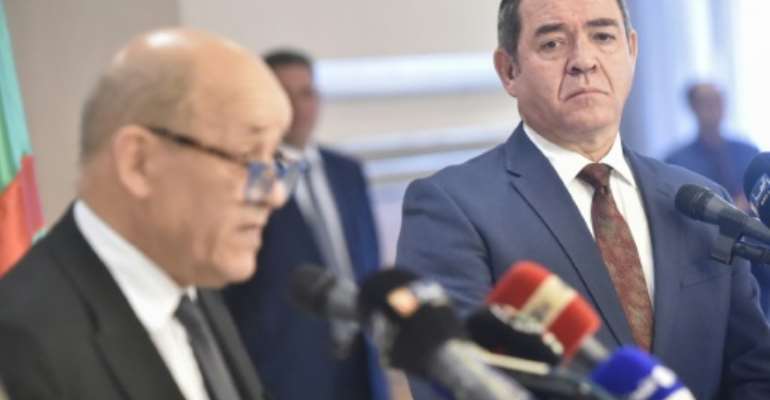 Tebboune, who came to power last month in a presidential election, received the first senior French government official to visit Algeria since the justice minister a year ago.

That visit came just before an unprecedented protest movement burst onto the scene, forcing longtime president Abdelaziz Bouteflika to step down in April.

"The presidential elections took place. There is now a new government and France wants to work with it," Le Drian said.

"President Tebboune has shown an ambition for Algeria -- one of deep reform, to reinforce governance, the rule of law and freedoms," he told reporters.

The Algerian leader's vision also seeks "to revive the economy in accordance with the aspirations that Algerians have shown for the last year," Le Drian said.

Tebboune, once a prime minister under Bouteflika, won the December election amid an official turnout of less than 40 percent.

Analysts believe voter participation was substantially lower, in a context where the Hirak protest movement viewed the election as a ploy by an unreformed elite to consolidate its power.

Le Drian's visit came amid international efforts to resolve the conflict in Libya -- a neighbour of Algeria -- and crises in the Sahel.

Tebboune was among invitees to a summit on Libya held in Berlin on Sunday.

"We were together in Berlin, the day before yesterday, on Libya's conflict and we will coordinate our efforts beyond even... a sustainable ceasefire" and recreating a political dialogue between Libya's warring parties, Le Drian said.

"We will also take stock of the situation in the Sahel and recall our common objectives of security and fighting against terrorism," he added.