Sardines say they are the alternative to populism in Italy 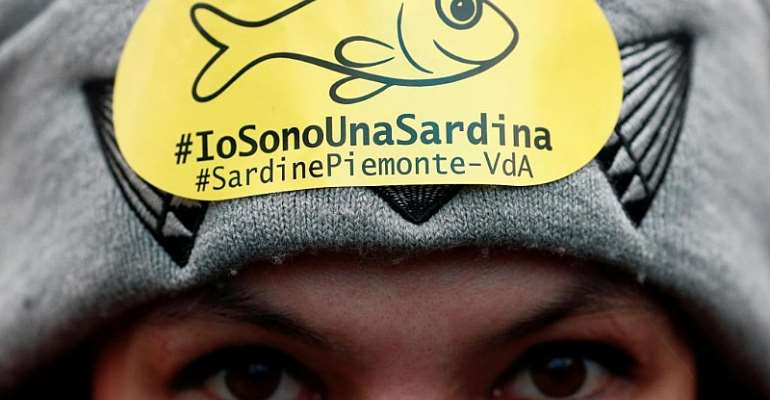 An estimated 40,000 people packed into the largest square in Bologna on Sunday for a rally of the Sardines.

The gathering - one week ahead of elections in the region of Emilia-Romagna - was organised to highlight the progress of the grassroots movement which was launched two months ago following the League's victory in the central province of Umbria, a longtime bastion of the left.

Activists say the meeting was also aimed at showing an Italy which is not made up of supporters of the League chief Matteo Salvini.

“This regional election will probably be a turning point for Italian politics,” said 35-year-old Mattia Santori, one of the Sardines' four founders.

“Salvini goes to the bars and does selfies. We fill up the squares," he added.

Hope
As bands played music, demonstrators mingled in the square. Many said the Sardines had brought hope and a new desire to counter Salvini's anti-immigrant rhetoric.

Some said they want to see Italian ports reopened to NGO ships saving migrants as well as reception centres.

Film director Pierfrancesco Diliberto said: “If good politics wins it means that those who know the borders of their region will win.

"These four youngsters have done an extraordinary thing, which I like very much."

Organisers say the Sardines will hold other rallies across the Emilia-Romagna region in the prelude to the poll on 26 January.