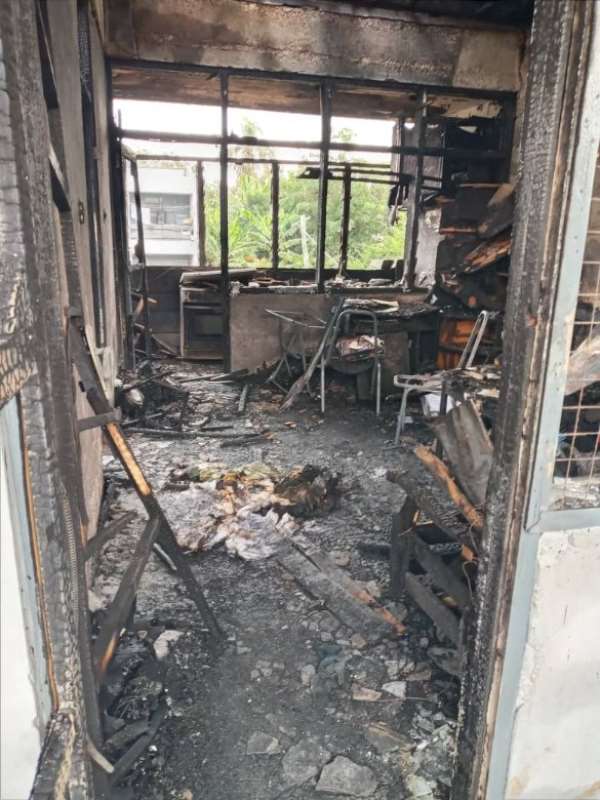 Four apartments at the 37 Army Officers Mess in Accra have been destroyed by fire.

Currently, the cause of the fire which started on Saturday at about 9 am has not been discovered yet.

The fire which lasted several hours destroyed all properties in the affected rooms beyond salvage.

Residents say the inferno started from one of the rooms on the first floor of the C block and spread to three other rooms within a short time.

Joy News’ Komla Adom, reported that people close to the scene helped to evacuate occupants of the affected rooms in time to prevent any fatalities.

Officers of the Ghana National Fire Service arrived later on the scene to douse the fire to prevent further damage to the property.

Authorities are yet to make any official comments on the incident.

Videos of the incident were circulated on various social media platforms.

‘We're concerned about the seeming judicial dictatorship und...
13 minutes ago