‘Operation Produce Your Licence’ To Bring Sanity On The Road 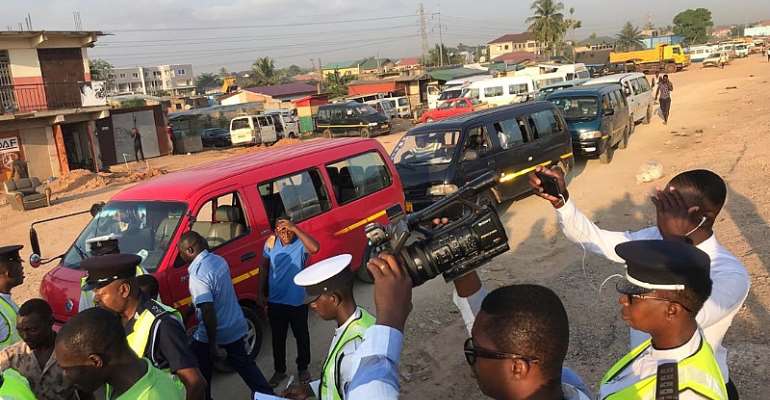 The rampant road crashes witnessed across the country have gingered and compelled the Police in the Ashanti region to deal with drivers the hard way.

It is in this vein that a drastic operation dubbed ''Operation Produce Your Driver's License' has been introduced by the Ashanti region Police to bring back sanity on the road.

This operation is expected to take effect from Monday 3rd February 2020.

A statement issued by the Service and signed by Superintendent Emmanuel Adu Boahen stated that this will help clamp down on unqualified drivers and ensure that only qualified drivers are allowed to drive any type of motor vehicle.

“As part of these measures, there will be vigorous enforcement of the Regulation on the production of original driver's licenses within the Region, in accordance with Regulation 47 of the Road Traffic Regulation L. I. 2180/2012. This is to make sure only qualified drivers will be allowed to drive any type of motor vehicle as prescribed by Regulation 37 of L. I. 2180/2012,” the statement noted.

The Service further noted that in view of this operation, every driver of any type of vehicle is advised to carry his/her driver's license while driving as “failure to comply with these directives will lead to the arrest and possible prosecution.”

According to the provisional data compiled by the Motor Traffic and Transport Department (MTTD), road crashes claimed 2,284 lives in 2019. This marked a significant increase from 2018 where 2,020 persons died on Ghana's roads.

The Greater Accra Region had the most road fatalities in 2019 with 449 recorded followed by the Ashanti Region with 448 deaths and the Eastern Region with 349 deaths.