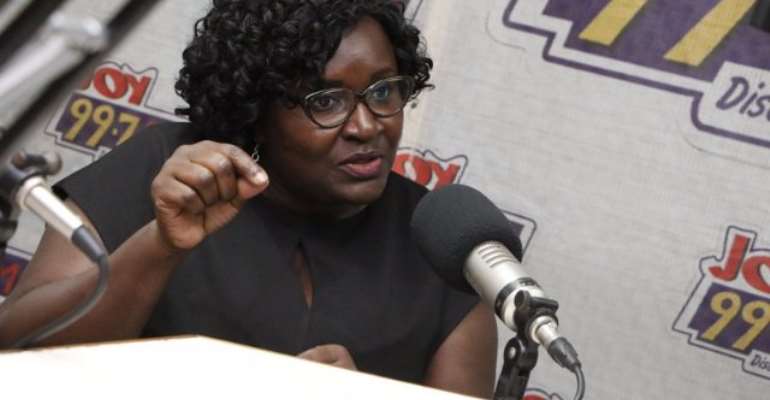 Ghana chapter of Transparency International (TI) has said recent reports that the 2019 edition of the Corruption Perception Index ranks Ghana as 3rd globally, is false.

“Though the story which was sourced from www.usnews.com mentioned Transparency International (TI) for its definition of corruption and some key statements from the 2018 theme, it did not attribute the rankings to TI,” a statement from the Ghana Integrity Initiative (GII) said in a release issued on Friday.

GII, which represents the Germany-based TI, also revealed in the press release that the Corruption Perception Index (CPI) for 2019 will be released on Thursday, January 23, 2020.

Compilers of the index, Transparency International, is a non-governmental organisation based in Germany, and it defines corruption as the misuse of public power for private benefit.

The CPI ranks 180 countries and territories by their perceived levels of public sector corruption according to experts and businesspeople, uses a scale of 0 to 100, where 0 is highly corrupt and 100 is very clean.

In the 2018 ranking, more than two-thirds of countries scored below 50, with an average score of just 43 and also reveals that many countries are failing to significantly control corruption, a situation TI said was contributing to a crisis in democracy around the world.

“This score is a positive departure from the continuous drop the country has been experiencing since the year 2015,” a release by the GII stated.

Read GII full statement on the false reports below. 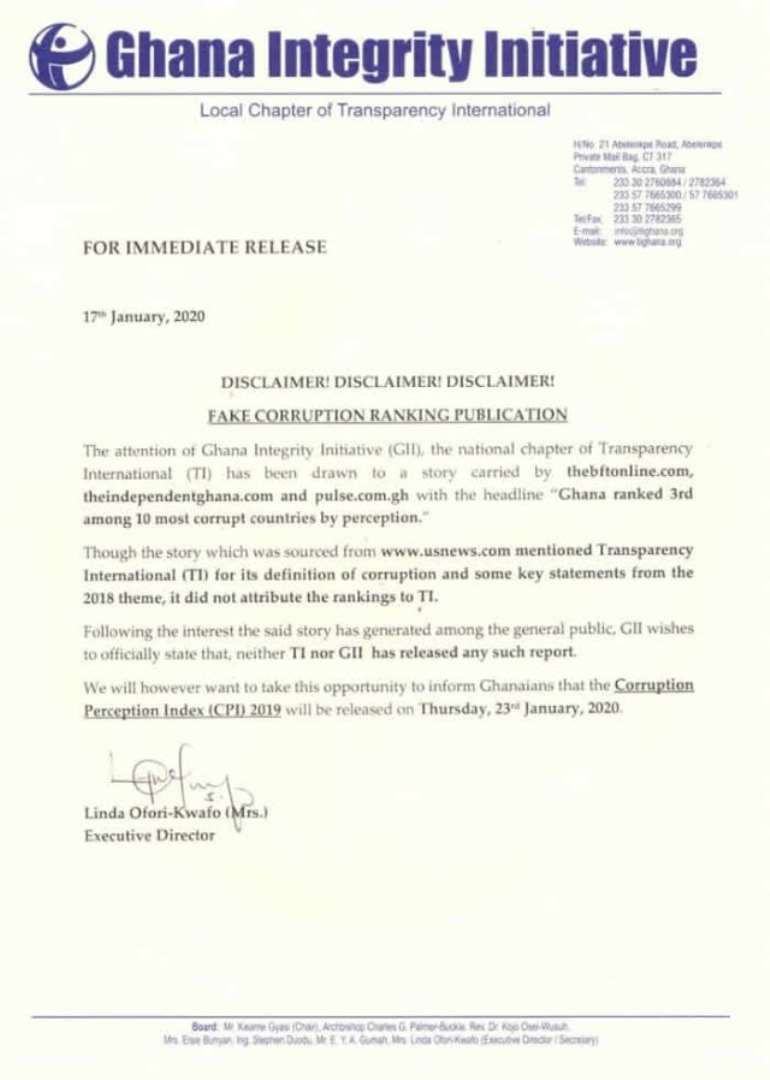