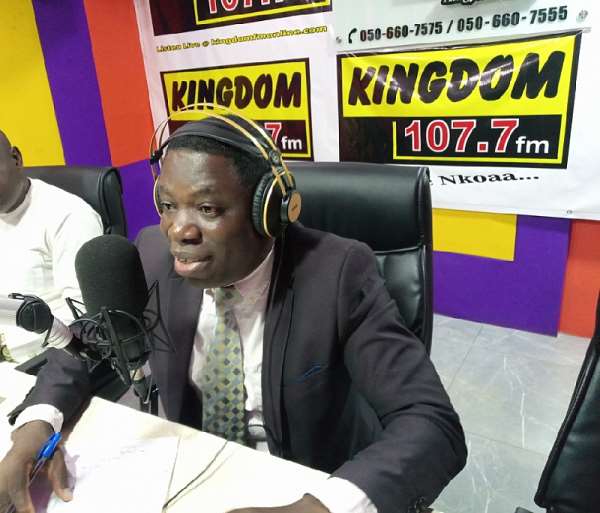 President Akufo-Addo’s appointees in the Ashanti Region are to blame for the discontent of sections of the Ashanti Region’s loyal support base of the ruling New Patriotic Party (NPP), according to Member of Parliament for the Buem constituency, Daniel Kwasi Ashiamah.

According to the law-maker, the Ministers and CEOs of Ashanti origin and President Akufo-Addo are not doing enough for their support strong base of the party because the region has always voted for the NPP.

‘’How can you do that? They have taken the people of Ashanti Region for granted for far too long. This is shameful especially when we are their vote bank,” Daniel Kwasi Ashiama told Lawyer Ohene Gyan on ‘Pae Mu Ka’ on Accra-based Kingdom FM 107.7.

He said the MPs from the Ashanti Region have failed to advance the course of the region which has resulted in the sorry state of roads and economic hardship in the region in particular.

According to him, the ruling party has done little to ameliorate the lives of voters in the Region and must vote out the Akufo-Addo-led government in the upcoming 2020 general elections.

He remarked that the people from Ashanti Region have been discriminated against all scales including job applications, poor health facilities and road infrastructure yet the NPP claims the region is its stronghold challenging them to prove it.