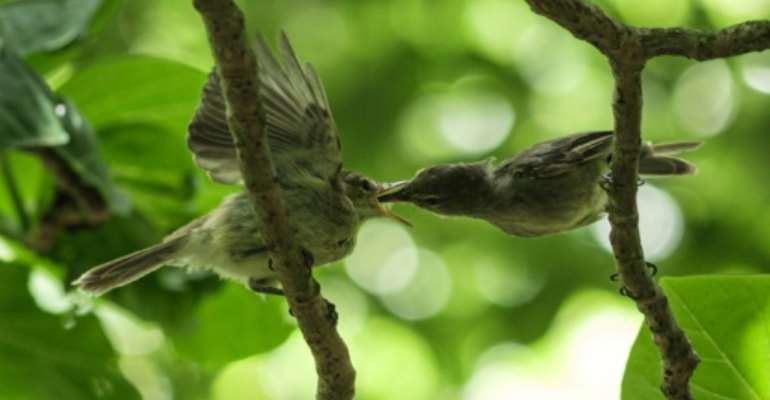 A conservation group bought the tiny Seychelles isle of Cousin Island in 1968 to save a songbird, the Seychelles Warbler, from extinction. By Yasuyoshi CHIBA (AFP)

The scene attests to a stunning success for BirdLife International, a conservation group that bought the tiny Seychelles isle in 1968 to save a songbird from extinction.

Thick vegetation smothers ruins that are the only reminder of the coconut and cinnamon plantations that covered the island when the group stepped in to protect the Seychelles Warbler.

Now teeming with flora and fauna and boasting white beaches, Cousin Island is firmly on the tourist map, with managers scrambling to contain visitor numbers and soften their negative environmental impact.

"Tourism is important for Cousin. That's what allows us to finance the conservation projects we run here.

"But 16,000 tourists... that was too much," said Nirmal Shah, director of Nature Seychelles, which is charged with running the special reserve. 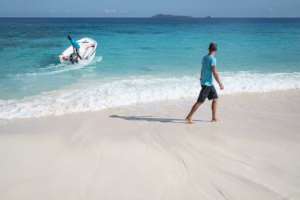 Before the island was in private hands, the population of Seychelles Warblers was thought to have shrunk to just 26. Now, they number more than 3,000. By Yasuyoshi CHIBA (AFP)

Before the island was in private hands, the population of Seychelles Warblers was thought to have shrunk to just 26, barely hanging on in a mangrove swamp after much of their native habitat had been destroyed.

Now, they number more than 3,000 and the greenish-brown bird has been reintroduced to four other islands in the archipelago.

The former plantations have transformed into native forests, teeming with lizards, hermit crabs and seabirds, and the island is the most important nesting site for hawksbill turtles in the western Indian Ocean.

The International Union for Conservation of Nature (IUCN) waxes lyrical about the "unique biodiversity and conservation achievements" of Cousin, "the first island purchased for species conservation", a model since replicated around the world.

Tourists have been allowed onto the island since 1972, but the message is clear: nature comes first.

In a well-oiled routine, every morning a handful of luxury sailboats and small motorboats anchor off the island, where their occupants wait for Nature Seychelles to skipper them ashore on their boats.

"Tourist boats cannot land directly on the island, the biohazard risk is too big," Shah said. 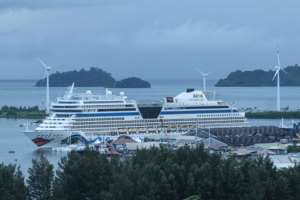 Tourists have been allowed onto Cousin Island since 1972 but tourist boats cannot land directly on the isle. By Yasuyoshi CHIBA (AFP)

"Non-indigenous animals who may accidently be on board could come to the island and threaten its (ecological) balance."

Too many tourists can also upset this balance.

Nature Seychelles in July increased the price of visits from 33 to 40 euros ($36 to $44) and removed a free pass for children under 15, resulting in a welcome 10-percent reduction in visitor numbers.

"Something had to be done, there was too much pressure on the environment," said Dailus Laurence, the chief warden of the island. 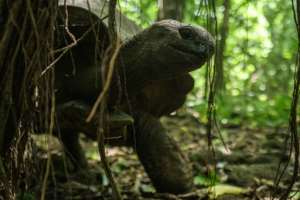 Too many tourists can bother nesting birds and turtles, says Dailus Laurence, the chief warden of Cousin Island. By Yasuyoshi CHIBA (AFP)

"When there are too many tourists it can bother nesting birds and turtles who want to come and lay their eggs on the island."

One guide said that some tourists, bothered by the island's ubiquitous mosquitos, would "leave the paths, move away from the group and walk where they are not supposed to", putting fragile habitats at risk.

Shah said that if they wanted to increase the number of tourists, it would require hiring more wardens and guides who live on the island, which would also have a negative impact on nature.

"Our absolute priority is nature, and it comes before tourists. If we have to take more steps to protect it and reduce the number of tourists, we will," he said.