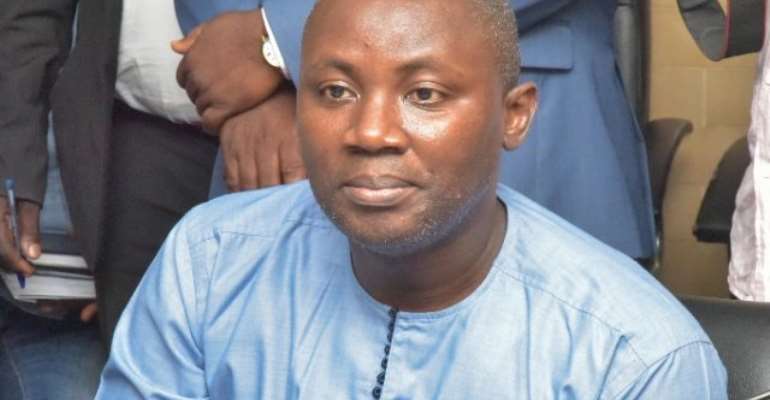 The outcomes of the implementation of the Nation Builders Corps (NABCO) introduced by Government in 2018 is systematically solving issues of graduate unemployment confronting the country, Dr Ibrahim Anyars, the scheme’s Chief Executive Officer (CEO) has said.

He said the programme was gradually addressing many issues of graduate joblessness as over 11,000 graduates who enrolled onto it had since its introduction secured permanent employment.

Speaking at a NABCO conference and career fair in Bolgatanga in the Upper East Region, Dr Anyars said thousands of the graduates were transitioned into their chosen careers.

The NABCO scheme is one of the numerous Government’s interventions to tackle multiple challenges facing the economy including; issues of graduate unemployment.

Since its inception in 2018, about 100,000 graduates were engaged in seven sectors of the economy including; education, health, local government, agriculture, entrepreneurship, revenue and digitization.

The programme was introduced to provide opportunities for graduates to be equipped with employable skills in different sector agencies of the economy that would enable personnel acquire relevant skills and knowledge to compete favourably in the job market.

Despite the problems which initially challenged the scheme’s viability in its first year of implementation, Dr Anyars said, the government worked hard to resolve the major challenges and running it smoothly for effective results.

He said the scheme was providing a good source of livelihood to young Ghanaians through the monthly stipends and significantly contributing to reversing the trend of graduate migration to cities in search of employment.

He also said the personnel were engaged in various communal works across the country and contributing to Gross Domestic Product with its multiplier effect on both the local and the national economy.

“For the first time in this country, we have been able to make sure that in every district, graduates are given jobs and that retained them within their own communities to help the people,” he added.

The CEO said Government was doing all it could to make sure, through the introduction of NABCO Skills and Talent Academy, graduate unemployment reduced to a significant level.

He said NABCO was crafted as a work and learn programme and the learning bit should deliver three things, it should help some of the personnel to gain retention in their current places of work, guide some to gain entrepreneurship ideas and be able to start their businesses.

Contributing to the presentation, Madam Tangoba Abayage, the Upper East Regional Minister, noted that out of 70,000 estimated youth who graduate from the tertiary institutions, only about 10 per cent got employed each year, making the issue of unemployment a national canker.

“It is true that many young people today suffer information hemorrhage which stands in the way to attaining their natural feats, leading life to the full. NABCO has come to the rescue with that life-changing information at your doorstep and no person should miss it,” she added.

She also said Government was putting measures in place to sustain the scheme by creating more employment avenues in the public sector.