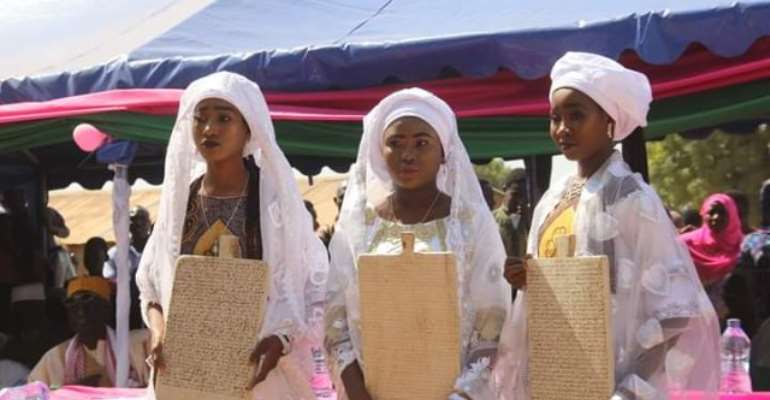 In the heart of the popular Zongo in Bawku was the action spot as many people, young and old gather at Madrasul Ansaru Deen. They give a standing ovation to three teenage girls for beating the odds to complete studying the entire Holy Quran in ten years.

This is the second time in two years teenage girls are trouncing the probability to make it to the top with the traditional wooden slates without the well-printed Holy Quran.

She was then 13-years and the youngest in Bawku to have achieved such a feat.

The uniqueness, however, of Jibril Sharifa, Dayinday Issah Asia, and Jawhara Ahmed is the extra period they took to recite the Holy Book all over again three consecutive times. 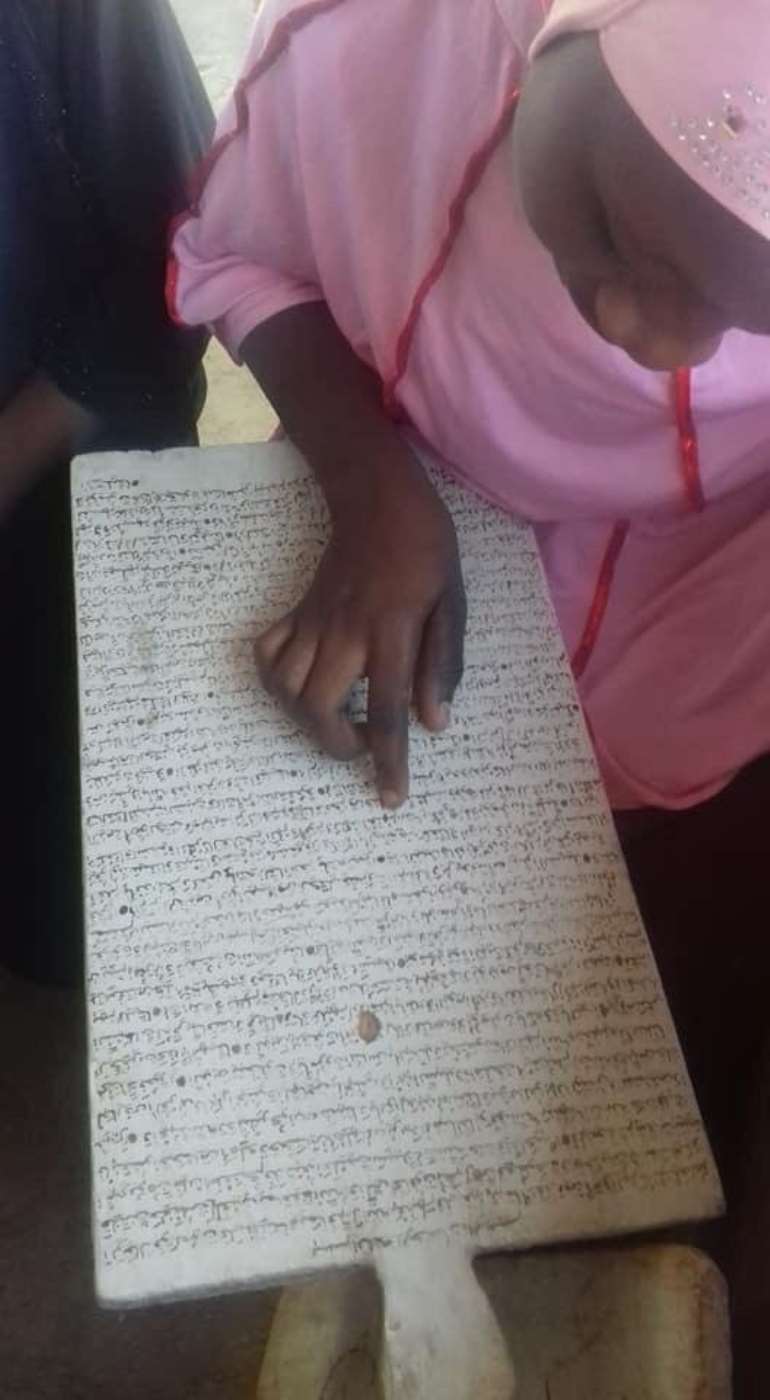 They have learned other Islamic books including the Akhdari, Eshmaawee and Arbaoona Hadith. All of this empowered them to know the Islamic religion better in their everyday dealings.

Apart from that, the graduates were taught human relations, community service and interfaith co-operation.

She says prestige comes with the use of the wooden slate since not all graduates relied on it.

The only available time to write her next lesson was in the night and she had to do everything possible to make it a dream come through.

The hardest part of Sharifa's entire Arabic studies was the fact that she could not keep the lights on for a period in the night because she shares a room with her mother and siblings.

"I had to improvise by covering myself with a veil and torchlight tied to my forehead to be able to write on my wooden slate, " she recounted.

Sharifa got the opportunity to learn on the wooden slate during school days and holidays because she could be promoted to the next stage.

15-year-old Dayinday Issah Asia is also a General Arts student at Tijaniya Senior High where she studies Arabic as one of her electives.

Asia started learning the Holy Quran at the age of 5.

She was inspired to use the wooden slate after she witnessed a colleague female student receive commendation for it.

The encouragement of the head-teacher, Ustaz Mallam Awal, inspired her the more to take extra steps to complete the entire Quran.

Though Asia successfully completed the Qur'an in June 2019, she used the last 6 months for revision, among others.

"Going to school and later to Arabic school is tiresome," she said.

She said the written words on the slate and time taken to write gave her retentive memory.

Sharifa and almost all her colleagues had to keep the wooden slate safe and make sure it doesn't come into contact with water.

"If it comes into contact with water, it means you have to re-write all over, a major setback we have faced," she emphasized

The teenagers say the challenges have made them who they are today and are poised to turn those hurdles into opportunities.