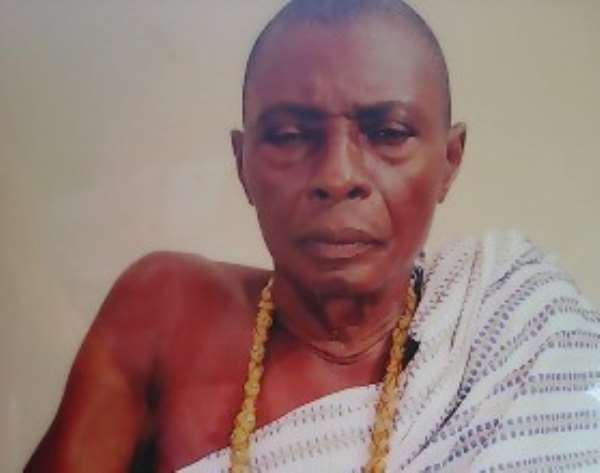 Nene Adjabeng Ashaley, the Chief Farmer of Anum Apapam in the Eastern Region, has appealed to the Department of Feeder Roads to rehabilitate the deplorable town's roads through to Kofi Pare, Dokrochewa to Coaltar to facilitate socio-economic activities.

He said the poor state of the roads was affecting the free movement of goods and services, hence the need for rehabilitation to enhance business activities.

Nene Ashaley, also the Chief of the Shai Community, made the appeal in an interview with the Ghana News Agency at Anum Apapam in the Eastern Region.

He said farm produce such as plantain, banana and vegetables were getting rotten in the area because conveying them to market centres had become a problem due to the bad roads, which had developed deep potholes and had become unmotorable.

“Most drivers are reluctant to convey passengers and goods to and from this area and this is creating hardship for the people. Repairing the road will bring us a lot of relief. The poor nature of the roads is also affecting the evacuation of cocoa and other cash crops,” he said.

Nene Ashaley appealed to the transport unions to ensure their drivers were cautious on the roads and made public safety a priority.