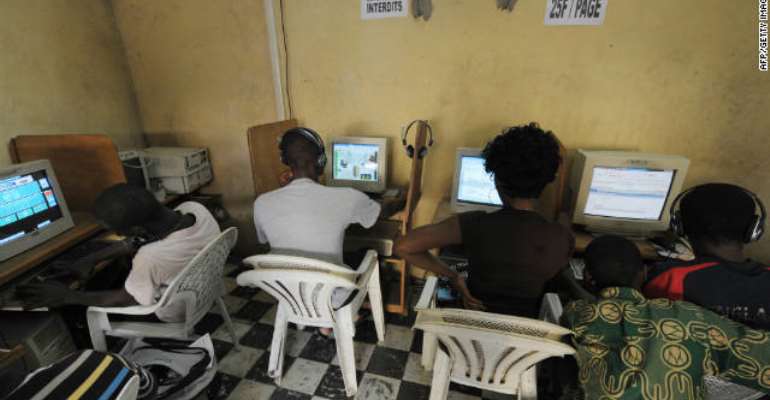 Is it the case, one wonders, that a massive fraud is being perpetrated on innocent mobile device users, across Ghana, on all the cellular networks in our country? One hopes not. However, something very odd is definitely going on in the telecoms sector that shouldn't be happening.

Not being tech-savvy, my Android tablet is merely a convenient tool, which essentially enables me post articles online. Naturally, it also enables me to communicate with individuals and sundry entities in my network of contacts.

I noticed, earlier today, when I saw an SMS text message informing me that my dear sister had tried to call me, and that I should call her back, that there was also another SMS message, apparently sent on 08/01/20, which had also been sent to that selfsame AirtelTigo number of mine.

This is the content of the said SMS message: "You've subscribed to the product Bet Correct! To unsubscribe send STOP BC to 6555!" Yet, I have never subscribed to any such service - and not being a betting man, I find that one particularly galling.

The question is: How come I was sent such a message when I have never actually subscribed to such a service before? What is going on? Such things ought not to happen in a nation with data privacy laws.

Could sending the text message 'STOP BC' to the short code 6555, as directed, possibly result in the transfer of funds from my AirtelTigo voice and data bundle account, to whoever set up that short code account, perhaps? Not being tech-savvy, I am aware that I might be talking complete nonsense techwise. But how did I end up 'subscribing' to a service I have never knowingly subscribed to?

There are similar messages of phantom subscriptions on my MTN voice call number - all of which I have never knowingly subscribed to: and which I apparently have to send 'STOP' messages to short code numbers, if I want to stop receiving them. I called the MTN call centre number 100 to complain. Incredibly, the result has rather been that there has been a deluge of such messages - and my phone's messaging inbox is now being flooded with them.

The hardworking Kofi Kapito's Consumer Protection Agency, ought to approach the telcos through their industry lobbying platform, the Ghana Chamber of Telecommunications, to ensure that this outrage is halted immediately. The question is: Are cybercriminals now using shortcodes and text messages directing users to sundry online ecommerce platforms, such as 'Marketplace', to dupe and exploit mobile phone users in Ghana? Hmmmm, Oman Ghana eyeasem ooooo - asem kesie ebeba debi ankasa. Yooooo...