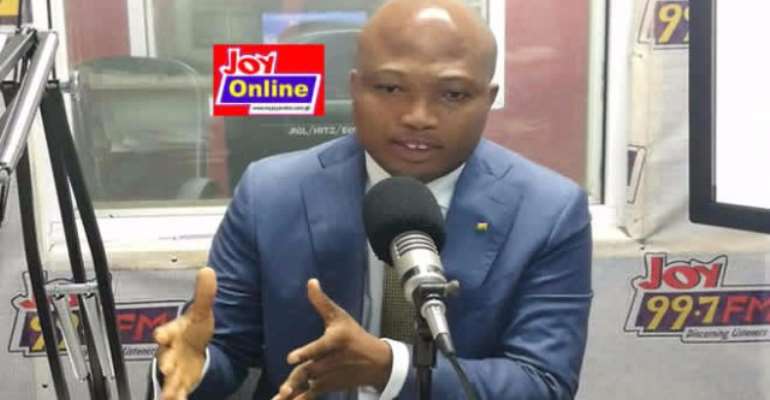 Samuel Okudzeto Ablakwa is the MP for North Tongu

The North Tongu legislator Samuel Okudzeto Ablakwa has called the President to urgently fill the vacant position of the Deputy Commissioner of the Commission on Human Rights and Administrative Justice (CHRAJ) by the end of this month.

It has been more than three years without the full complement of Commissioners at the Commission on Human Rights and Administrative Justice (CHRAJ).

"(1) The Commission shall consist of

(a) a Commissioner for Human Rights and Administrative Justice in this Act referred to as "the Commissioner"; and

(2) The President shall, acting in consultation with the Council of State appoint the Commissioner and the Deputy Commissioners."

We do know that the CHRAJ was established by an Act of Parliament to: "investigate complaints of violations of fundamental human rights and freedoms, injustice and corruption; abuse of power and unfair treatment of persons by public officers in the exercise of their duties, with power to seek remedy in respect of such acts or omissions and to provide for other related purposes."

This development reflects poorly on the Akufo-Addo Administration which promised to strengthen anti-graft institutions, particularly, the ombudsman in the fight against corruption.

For a Government that has become infamous for being the largest in history and for creating new positions just for their children even when such positions have never existed, it must be definitely unpardonable for the CHRAJ law to be treated with such utter disdain.

One can safely predict that this vacancy - the longest in our modern history would not have been allowed to occur under President Akufo-Addo's watch if it was any other institution not cloaked with the authority to fight corruption, conflict of interest and administrative injustice by the powers that be such as GNPC, BOST, TOR, SSNIT, DVLA, etc.

For example, see how quickly a replacement was found and appointed at TOR in the person of Herbert Ato Morrison when the MD, Isaac Osei resigned only a few days ago.

Added to the frustrations of the under-staffed Office of the Special Prosecutor, this presents another sad commentary about the fight against corruption under President Akufo-Addo which many including prominent members of the diplomatic corps have described as a sham.

I hereby serve notice that if President Nana Addo Dankwa Akufo-Addo fails to fill the Deputy Commissioner of CHRAJ vacancy by close of this month (January 2020) and thus continues with the flagrant dereliction of his legal obligations, I shall explore every available constitutional avenue to compel him to abide by Act 456. Notice is humbly served.