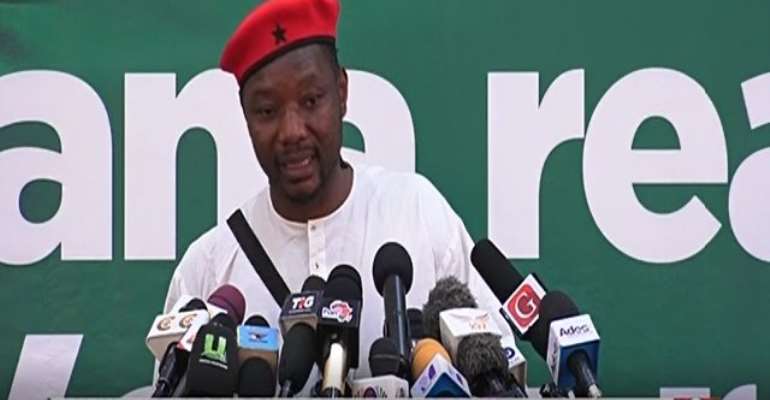 Chairman of the People's National Convention (PNC), Bernard Mornah has rubbished reasons by the Electoral Commission calling for a new voters’ register ahead of the general elections in December.

“ Just this last year, we went to the polls and in that elections over 6000 assembly members were elected and according to CODEO [COalition for Domestic Election Observers] the machines functioned 98.8%, there were no difficulties.

“These things were said by the EC [Electoral Commission] and backed by CODEO, they said it was credible so now I am asking why they want to change something that they claim is credible” he queried at a forum organised by the Coalition of Civil Society Organisations (CSOs) for Good Governance in Accra Thursday.

The EC has defended its decision to create a new voter system. It disclosed at a press conference last week that an assessment of the current system prompted the need to acquire a new system instead of refurbishing the existing one as has been suggested by the opposition National Democratic Congress (NDC).

The Commission further argued that it would make more economic and operational sense to acquire a new voter registration system than to keep the current system and incur frequent costs for maintenance and renewal.

The Commission also described the old register as obsolete and bloated.

“It is a well-known fact that the register is bloated and there has not been an effective means of cleaning it. We are discussing effective ways of doing this going forward. Besides, the current register does not include facial recognition feature as a means of verification. This has resulted in a high incidence of manual verification where the voters’ fingerprints cannot be verified. A recent case in point is the just ended District Level Election out of 5,431,902 voters in the recent District Level Election, 34,843 were verified manually. This is a worrying trend which should not be encouraged, ” EC's Deputy Chairman in Charge of Operations, Mr Samuel Tettey had read.

But disputing the claims, Mr. Mornah said the challenges can be resolved through an upgrade of the system instead of compiling a new register.

According to him, a bloated register cannot have any negative impact on the election, unlike the compilation of a new register which has the potential to disenfranchise Ghanaians.

“I am not sure the names of J.H Mensah, Kwesi Amissah-Arthur and Former President John Evans Atta Mills, including the name of my late father have been removed from the register. It’s obvious the register will be bloated by the number of people who are dead, so the question is do dead people vote? If dead people don’t vote and their names are on the register, it amounts to nothing.”

The Coalition of Civil Society Organisations (CSOs) for Good Governance forum brought together experts from Civil Society, Political Parties, I.T Experts, Election Observers, Development Partners and the Diplomatic Corps to look critically into the Electoral Commission’s decision to procure a new Biometric System for the compilation of a new voters’ register.

VIDEO: Central bank backed digital currencies is the way for...
8 minutes ago