Akufo-Addo Lauded For Year Of Return 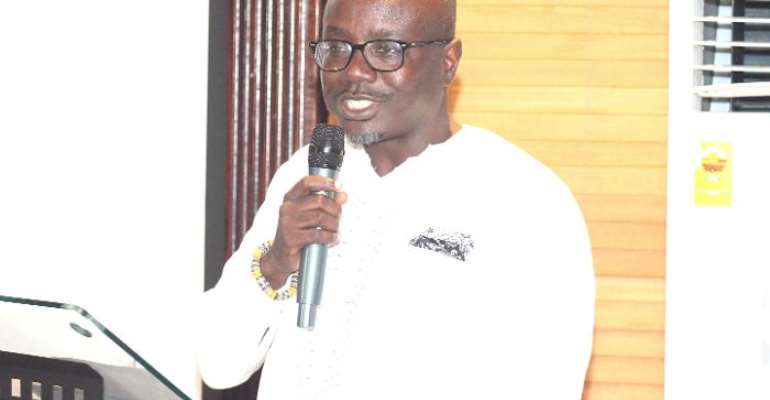 The Chief Executive of the Ghana Tourism Authority, Mr Akwasi Agyeman, has paid glowing tribute to President Nana Addo Dankwa Akufo-Addo for his foresight in initiating the “Year of Return,” (YoR).

He said apart from being the vision bearer, the President made input into its implementation and also spearheaded the campaign to get the African Diaspora and other admirers of Africa to buy into the vision.

In an exclusive interview with the Daily Graphic in Accra, Mr Agyeman said President Akufo-Addo also initiated the ‘Beyond the Return’, a sequel to the YoR, to ensure that the country reaped from the collaboration with people in the diaspora.

According to him, the Ghana Tourism Authority (GTA) would commence consultations with other stakeholders, including the private sector and the Ghana Investment Promotion Centre (GIPC) on the way forward to maximise opportunities from those initiatives.

Beyond the Return, which is a 10-year project would be launched in February this year to coincide with Black History month.

YoR
President Akufo-Addo proclaimed the Year of Return to commemorate the 400th anniversary of the arrival in 1619 of the first 20 slaves from West Africa to Virginia, which later became part of the United States of America (USA).

The purpose was to bring together Africans, people of African descent and all well-wishers and lovers of freedom to strengthen the collective commitment to ensure that the blots in Africa’s history, such as the Trans-Atlantic Slave Trade and slavery, never reoccurred.

It was also to provide a platform for strengthening the ties of solidarity among all people of African descent.

He said the President made significant contribution including the selection of a venue for the launch of the YoR, which took place in front of the Congressional Black Caucus in the USA.

The President insisted that it should be a global campaign, a position that informed his visits to the Caribbean and also promoting the campaigns in five nations, culminating in some of the Heads of States of those countries coming to Ghana.

Mr Agyeman said President Akufo-Addo also ensured that budgetary allocation to the Ministry of Tourism since 2017, was increased as part of moves to ensure that the programme was successful.

Importance
Mr Agyeman said when President Akufo-Addo assumed office in 2017, he made the Tourism Ministry a Cabinet position.

He said the President made it clear to the then Minister of Tourism, Culture and Creative Arts, Mrs Catharine Afeku, that he wanted the entire ministry and its agencies to focus on two things: Domestic tourism – ensuring that Ghanaians travelled around the country, and heritage tourism, aimed at continuing with the Africa diaspora conversation.

That, according to the CEO of the GTA, led to the launch of ‘See Ghana, Eat Ghana and Wear Ghana’ programmes in 2017, to promote domestic tourism.

“God being so good, 2019 was exactly 400 years since the slaves were taken from the shores of Ghana, so working with the office of the Diaspora Affairs of the Office of the President, the Panafest Foundation, the Adinkra Group, we sat down to bring to fruition the President’s charge to push heritage tourism to another level,” Mr Agyeman said.

Beyond the Return
Mr Agyeman said although others had worked in the background, “we cannot take away the fact that it is the President’s vision and he has tasked the team again to ensure a sustained ‘Beyond the Return’ campaign.

“For him, it is not just about people vising, but he wants that real connection to happen. So we are quite excited and happy for the opportunity and would once again go back to the drawing board on his instructions and work on it,” he added.