Let's Fight Against Burning Of Refuse — Oko Vanderpuiye To Authorities 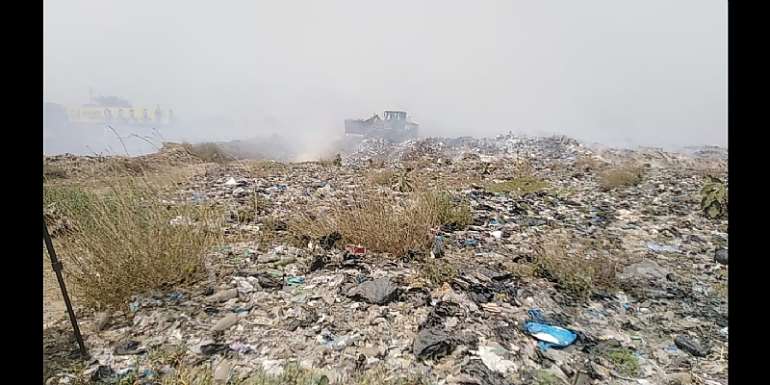 Member of Parliament, Ablekuma South Constituency, Okoe Vanderpuye is calling on Authorities to come together in finding a lasting solution at dealing with burning of refuse at a dumping site near Korle Bu.

According to him, the burning of refuse does not only affect the health of people but also causes very poor visibility to drivers who ply the Korle Bu Mortuary road.

In an exclusive interview with Modern Ghana, the former Mayor of Accra said, “We are in the harmattan season and it is making it difficult for people to breath and their health is at stake.”

He added that following the numerous calls from residents of Korle Bu, Korle Gorno and some parts of Mamprobi, his outfit and the relevant authorities will be working together to address the situation.

He was confident that since the Police Command and the Regional Fire Command are both aware of the disturbing development, he believes it will worked on soon.

“The first intention was to use water if it was a very small area but unfortunately, the fire was spreading all over, so they are suggesting sand. So we will work to see what we can do,” he noted

A Physiotherapist at the National Reconstructive Plastic Surgery and Burns Centre, Korle Bu, Ama Agtuahene urges the appropriate authorities to liaise with each other to get rid of the problem.

"It is good we want to tackle sanitation in this country but we should do things properly. It is wrong to burn rubbish. This is the harmattan season, fire spreads,” she stated.

Director at the National Reconstructive Plastic Surgery and Burns Centre, Dr. Opokuware Ampomah lamented that, “There is a lot of smoke when driving and it is affecting visibility each day. Initially, I thought it was the harmattan but I got closer and I realised it was more than I could think of.”

Some Residents who spoke to Modern Ghana called on the police and Sanitation Ministry to fix task forces and guards to monitor the site and arrest culprits.