On Wickedness, Akamba Needs to Look at the Man in the Mirror 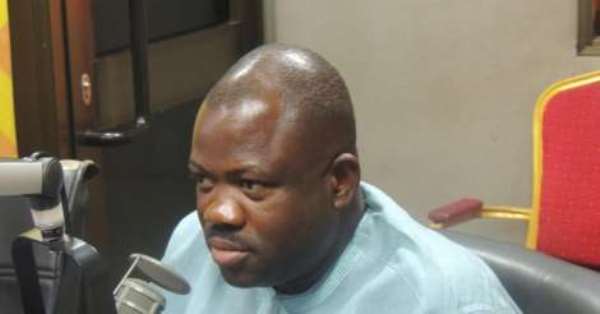 He could not have gone lower than he did by insulting the intelligence of his own tribesmen and women of the Upper-East Region, when the National Organizer of the National Democratic Congress (NDC), Joshua Hamidu Akamba, reportedly described President Addo Dankwa Akufo-Addo as the most wicked leader that Ghana has ever had (See “Akufo-Addo Is Becoming More Wicked Than We Thought” Modernghana.com 11/9/19). The problem that any critically thinking Ghanaian has with this kind of silly statement is primarily how to react to the same. But, of course, the mindset of Mr. Akamba and the fact that he could actually be elected as the National Organizer of the country’s main opposition National Democratic Congress, ought to tell us more about the nature and caliber of the Ghanaian humans who run the John Dramani Mahama-led party.

You see, “wickedness” was when Mr. Akamba was dispatched by his party bosses to his home region of the Upper-East, shortly after the implementation of the fee-free Senior High School System by President Akufo-Addo, to make deliberately staged and patently false videotape propaganda spiels in which a group of barely teenage students from one of the least academically equipped regions in the country were mischievously prompted by Mr. Akamba to “bitterly” lament and complain about “overcrowding” and “poor food quality” at their school. This propaganda spiel was, of course, aimed at preventing more of our youths from their constitutional right of access to a fee-free public education. That is, of course, the main platform agenda of the 2020 Mahama for President electioneering campaign agenda.

When he has had time to look at his scary face in the mirror, if he is still not convinced that he is the epitome of the most wicked politician alive in Ghana today, Mr. Akamba could then either turn on his television set, or even more accessibly, Google the name “John Dramani Mahama” from his laptop and look up the photographs marked with the same name, that is, if the NDC’s National Organizer never met the infamous creator and the longest-reigning supervisor of Dumsor and therefore has absolutely no clue as to how the man who called President Addo Dankwa Akufo-Addo “a capital criminal” for progressively rolling out the landmark fee-free Senior High School Program actually looks.

It ought to come as sheer wonder to most Ghanaians these days, including Ghanaians of northern birth or descent, how nearly every one of these northern-born and/or northern-descended key operatives of the National Democratic Congress came to so intensely and inexplicably resent the social intervention programs being implemented by President Akufo-Addo and Vice-President Mahamudu Bawumia for the enhancement of the socioeconomic progress of their own people. The fact of the matter is that had Ghana been blessed with visionary and progressive leaders like President Akufo-Addo, Vice-President Bawumia, and Messrs. Kenneth Ofori-Atta and Kwasi Amoako-Atta, the nation would have since long assumed the enviable status of an upper-income middle-level economy and well on its way to being on par with such technologically advanced and civilized democracies as Japan, Sweden, Britain and France, to name just a handful.

But, of course, with a critical mass of such parochially minded and intellectually retarded and morally degenerate politicians like Messrs. Akamba, Haruna Iddrisu and former President John Dramani Mahama, it is a sheer wonder that Ghana is not already reckoned among the most impoverished nations in the world. It goes without saying that Ghanaians are blessed to be where we presently find ourselves today – significant socioeconomic problems and all – because of the visionary and democratically progressive leaders like Nana Akufo-Addo and Alhaji Bawumia and, before these two dynamic leaders, former President John Agyekum-Kufuor and, of course, the late Vice-President Aliu Mahama, all of them vintage products of the Danquah-Busia-Dombo-inspired liberal-democratic New Patriotic Party (NPP).

Much has been spoken and written about the infamous HIPC regime and the Cash-and-Carry Social-Darwinian policy and ideology inherited from the indescribably bankrupt government of the founding-father of the National Democratic Congress, Chairman Jerry John Rawlings, so we do not intend to rehash the same here. Suffice it, at least just in passing, to adumbrate on the fact that supervising the effective bankrupting of the Agyekum-Kufuor-established National Health Insurance Scheme (NHIS), for the information of Mr. Akamba and the rest of the National Democratic Congress’ hoodlum pack of double-salary scamming operatives, is not precisely the image of “generosity” or “kindness” that flashes through the minds of many a forward-looking Ghanaian citizen.

It is also not clear precisely what he means, when the National Organizer of the National Democratic Congress luridly and obscenely describes Nana Akufo-Addo as “a tyrant and a wicked president.” But, of course, we very well know that it was not President Akufo-Addo who just about three years ago, brazenly and rudely told Ghanaians that they had absolutely no right to criticize his poor job performance because no Ghanaian voter, other than former Presidents Jerry John Rawlings and John Agyekum-Kufuor had ever been elected President of the Sovereign Democratic Republic of Ghana. We also do not know that he is really “heartless, evil and always treat people badly” and with disdain, but we definitely remember that it was then-President John Dramani Mahama who disdainfully told Ghanaians whose businesses he had effectively collapsed with Dumsor, that these hardworking citizens were too lazy and woefully lacked the requisite creativity and common sense to exponentially grow their businesses by deftly and wisely working around the erratic schedule of Dumsor.

It is also curious, to speak much less about the downrightly scandalous, for Mr. Akamba to claim that the present NPP Administration has brought untold hardship on “teachers, nurses, farmers and public-sector workers.” It is rather a pity that the NDC’s National Organizer had woefully – perhaps it was actually conveniently – failed to compare notes with his own party’s movers-and-shakers like Messrs. Samuel Okudzeto-Ablakwa and Haruna Iddrisu and the country’s nurse- and teacher-trainees. Dear Reader, we just thought we should let conscientious Ghanaian voters and eligible and prospective voters like you learn about some of these airtight and foolproof and incontrovertible facts about our beloved nation’s political realities, as prepare to head to the polls on or about December 7, 2020, to soberly and solemnly decide who gets to run your business come January 7, 2021.