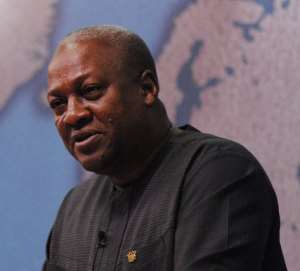 Deputy General Secretary of the Ghana National Association of Teachers has kicked against plans by the opposition National Democratic Congress, to cancel the licensure exams if it is voted into power.

According to Mr Awotwe Nkansah, they need this accreditation to differentiate themselves from the “fake” teachers that have flooded the system.

“We feel that in Ghana we only hear of fake lawyer being arrested, have you ever heard of a fake teacher? No. But sometimes these SHS graduates, who go and teach people even in their homes, when they defile a student people say ‘teacher has defiled the child’.

“So we want these benchmarks to be dealt with especially even in the private schools so that the teacher will have some importance,” he said at the last edition of Newsfile on JoyNews for 2019.

Mr Awotwe Nkansah
His comments come after former President John Dramani Mahama in his recent Facebook Live interaction said his government, if elected into power, will do away with the licensure examinations.

Mr Nkansah said that cancelling the licensure exams will not be necessary but teachers would appreciate it if they were made to write it for free instead of bearing the cost.

“Already there are discussions ongoing about the fees that have to be charged. If it becomes free that will be very fine,” he added.

However, former Deputy Education Minister and North Tongu MP, Samuel Okudzeto Ablakwa says licensing teachers to give them that professional credibility has nothing to do with examinations.

He explained that the NDC had piloted the licensure to look strictly at the practical aspect of teaching instead of one’s ability to pass an exam.

“After a two-year program, you’re accessed based on the field after that you receive your licence, that was our program, which I had thought would be continued.”

Museveni apologises over son's Twitter rant on Kenya
51 minutes ago

Paramount Chief of Bunkpurugu commends Bawumia for his good ...
1 hour ago