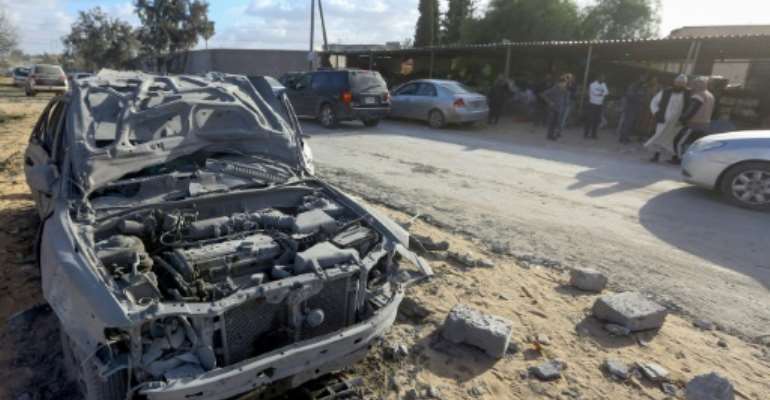 Turkey and Qatar back Libya's UN-recognised government, while strongman Khalifa Haftar has received support from Egypt and the United Arab Emirates. By Mahmud TURKIA (AFP/File)

The High Security Council met on Thursday and "discussed the situation in the region, particularly on the borders with Libya and Mali", the president's office said in a statement.

"It decided on a battery of measures to boost the protection of our borders and national territory, and to revitalise Algeria's role on the international stage, particularly concerning these two issues."

The statement did not elaborate on the measures to be taken but said the council would meet again "periodically and whenever necessary".

Turkish President Recep Tayyip Erdogan on Thursday opened the way for direct military intervention in Libya, announcing a parliamentary vote in early January on sending troops to support the UN-recognised Tripoli government against the forces of strongman Khalifa Haftar.

The same day, Libya's Government of National Accord said it may officially seek Turkish military support in the face of Haftar's months-long offensive to seize Tripoli.

Turkey and its regional ally Qatar have already supplied an array of weapons to the Tripoli government, including drones, but is now threatening a sharp escalation.

In Mali and adjacent countries of the sprawling Sahel region, France has a 4,500-member force which has been fighting jihadists since 2013. Forty-one soldiers have died.

Last month, 13 French soldiers were killed in a helicopter crash in the north of Mali as they hunted jihadists -- the biggest single-day loss for the French military in nearly four decades.

The Pentagon is looking into reducing or even withdrawing US troops from the region, including those supporting the French operation, the New York Times reported on Tuesday.