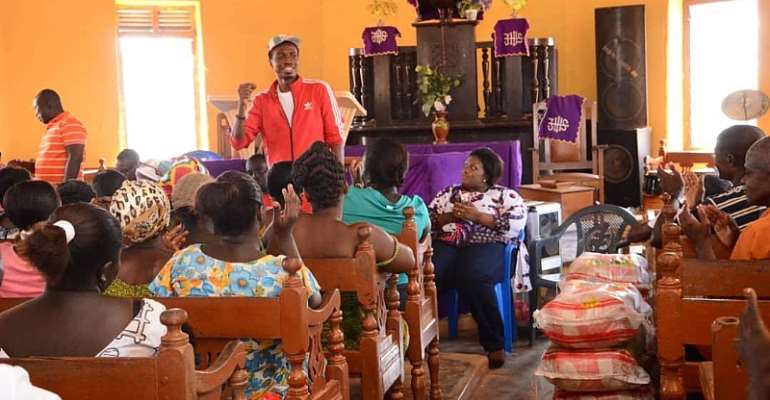 There were smiles, appreciation and optimism written over the faces of the over 15,000 residents of Agona West Constituency who received various items as Xmas gift from the God-sent, Magnanimous and extremely hardworking Agona West NDC PC, Comrade Paul Ofori-Amoah.

The unprecedented and highly commendable exercise which started on Sunday, 22nd December and ended on Tuesday 24th of December, 2016 took the PC to all 31 electoral areas from Ostenkorang to Otapirow for the presentations, which targeted mainly the aged, marginalized and orphaned in their communities was a way for him to say “Ayekoo” to the people of Agonaman for their loyalty, support, dedication to the cause of the NDC in particular and Agonaman in general.

In all of his interactions with the people, he pledged to prioritize, be sensitive and responsive to the development needs of Agonaman which has, regrettably been relegated to the background by the current crop of political leaders of Agona West, led by the Hon Cynthia Morrison.

He bemoaned the seeming total neglect of the development concerns of the people as has been reechoed loudly recently by the concerned youths and Taxi Drivers Association. These unfortunate situations will cease to occur with him as the Member of Parliament for Agona West.