Be Proud, Others Wished To Be Like Us – Kufuor 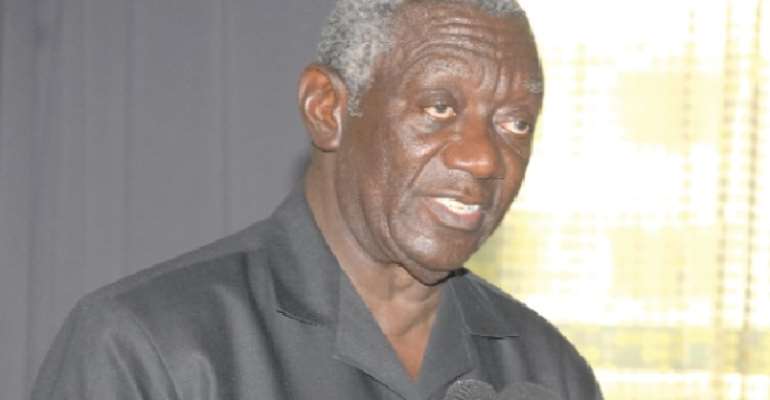 Ex-President John Agyekum Kufuor has urged Ghanaians to be proud of their country because 'others wish to be like us.'

According to him, the year of return is proof that other people love the country, reiterating that the foreigners wouldn't even think of coming if there was nothing good to be proud of in the country.

Speaking on Nkawkaw based Agoo FM's Morning Show, Ene Nso Biom with Kwame Koranteng, the former president stated that the current president has done his best to ensure the economy becomes stable after inheriting an unstable one.

He added that Ghana has become the Gateway of West Africa because of good governance by the current government.

Advocating for the NPP party, Mr. Kufuor bemoaned how people always criticize issues which are politicized in the country and emphasized that without politics, the country cannot be governed well.

“When we came, the economy was flat on the ground until we rebuilt it,” he said.

Speaking on the state of the economy, he implored Ghanaians to be patient with the government since they are a work in progress with things falling into place gradually.

The former president added that since the NPP is still rebuilding the economy, changing government now will be a risk for the country and said he thinks it will be better for Ghanaians to let the current government continue.

He said the country has always been such a way that 'NPP comes to fix, then NDC comes to destroy. He stated that this has been the norm.

He, however, praised the 'good works' of President Akufo Addo

When asked about Tema Oil Refinery (TOR), Mr. Kuffuor stated that judging from the then TOR and when the NDC came to power it clearly shows how they destroyed the company.

He added that though the NDC nearly sold Tema Oil Refinery, the current president has found a way to revive it which obviously is gradually elevating to a good state now.

A/R: Two dead after taxi crashed into drinking spot at Asokw...
13 minutes ago