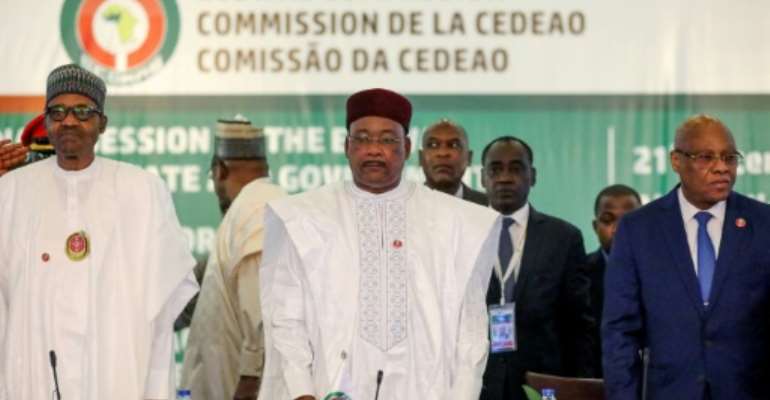 The Economic Community of West African States, known as ECOWAS, on Saturday urged members to push on with efforts to establish a common currency, optimistically slated to launch next year.

The bloc insists it is aiming to have the currency called the ECO in place in 2020, but almost none of the 15 countries in the group currently meet criteria to join.

The key demands for entry are to have a deficit of less than 3 percent of gross domestic product, inflation of 10 percent or under and debts worth less than 70 percent of GDP.

The idea of a common currency for the West African region was first mooted almost 30 years ago in the hope of boosting cross border trade and economic development.

Economists say they understand the thinking behind the currency plan but believe it is unrealistic and could even be dangerous for the region's economies which are dominated by one single country, Nigeria, which accounts for two-thirds of the region's economic output.

She said only Togo had currently fulfilled the demands for the requisite period of three years and that a meeting would be held in June to review the situation.