Samini Letter Wasn't Approved, Not Because Of His Dreadlocks – Headmaster Rebuff 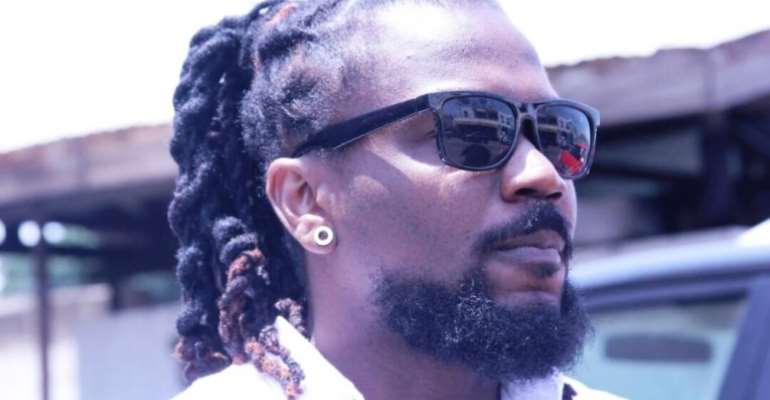 The Headmaster of Ebenezer Senior High School in Dansoman, Richard Kofi Mensah, has refuted claims that he prevented Dancehall Artiste, Emmanuel Andrew Samini from speaking to his students because of his dreadlocks.

Three days ago, Samini told Citi News he was blocked from having a talk with the students because the headmaster did not like his appearance.

Samini had visited the school as part of activities for his event, SaminiFest.

In an interview with Citi News, however, the headmaster said the allegation was false and that Samini had not been given the approval to speak to the students.

“I didn't prevent him [Samini and his crew] from speaking to them [the students]. I prevented them from coming into the school because their letter had not been approved. How can you just jump in to come and speak to the students? Again we are in exams week. You've sent a letter so wait for us to write to you that you requested to do A, B,C, D and the green light has been given so come over and do it.”

But rather, you just walk in to come and talk to the students when no approval has been given. Is that the right way? I'll apologise to him if that is the right thing to be done. I wouldn't have a problem. For the dreadlocks, I have a student in my school who has dreadlocks. A girl. So why would I discriminate against him for his locks?” he asked.

Dancehall artiste, Emmanuel Andrew Samini, said he was prevented from speaking to students of the Ebenezer Senior High School in Accra because he was wearing dreadlocks.

In a video posted on social media, he recounted the incident that happened to him at the Senior High School on Wednesday.

“The headmaster of Ebenezer Senior High School decided that because of my dreadlocks, I was not fit to speak to the students of the school which is in Dansoman where I live, which is 5 minutes from my parents' home,” he said.

He said as part of his school tour in Dansoman, he went through his former school, Saint Margaret Mary and other schools but no one denied them access to speak to the students.

Meanwhile, he said he had sent prior notice to the Ebenezer Senior High School to speak to students about the importance of education and the arts.