Opposition leader lands in Liberia ahead of anti-government protest 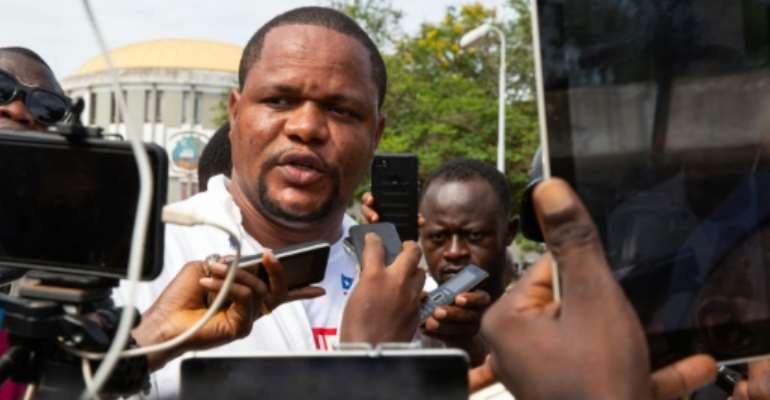 A prominent critic of Liberian President George Weah landed in the West African country on Thursday, to hundreds of cheering supporters, ahead of an anti-government protest planned for December 30.

Henry Costa hosts a popular radio show in which he launches regular broadsides against the footballer-turned-president Weah, but authorities closed his station down in October.

Weah is under growing pressure over his management of a financial crisis in his impoverished country.

"I am very excited seeing such crowd here to welcome me," Costa told reporters at the airport Thursday, before travelling to centre of the seaside capital Monrovia in an open-top car.

Normally resident in the US, an AFP journalist said, Costa is also one of the leaders of the Council of Patriots, the opposition group which organised mass protests against Weah this summer.

Another protest is planned for December 30.

However, the Liberian ministry of justice refused to authorise the rally last month, labelling calls for Weah to step down unconstitutional.

There were widespread fears that police would arrest Costa on arrival.

"I was not arrested as you can see," Costa said. "I am here for the protest and the protest must go on."

Bhofal Chambers, an MP from Weah's party, accused the opposition of treason.

"Calling for an unconstitutional removal of an elected president is unquestionably a crime of treason, terrorism and subversion," he said at a press conference Thursday.

In October, the government shut down a radio station owned by Costa, named Roots FM, after accusing it of inciting violence.

It also closed a radio station owned by a government official.

Still traumatised by back-to-back civil wars and the 2014-2016 Ebola crisis, Liberia is struggling to revive its flailing economy.

Inflation is rampant, according to the World Bank, and civil servants regularly go unpaid.